Michael Jackson’s body has not been buried yet. The body is still being kept in a cooling chamber of Forest Lawn Cemetery morgue on the outskirts of Los Angeles, Itar-Tass news agency reports with reference to The Daily Express. The Jacksons, the newspaper said, decided not to bury the singer’s body in case a third postmortem examination was required. 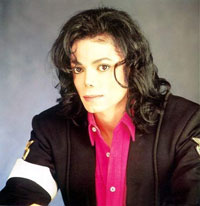 The police of California believe that the iconic singer died as a result of the involuntary manslaughter, which may require additional expertise. There are reasons to believe that Michael Jackson’s doctors prescribed very strong pain-killing and anti-insomnia medications to him, including those based on morphine.

The Daily Star, another London-based newspaper, reported today that Michael Jackson was physically incapable of having children because of numerous assaults, which he suffered in his childhood from his father. As a result, the singer had to resort to an anonymous donor to become a father.

However, the laws of California consider Jackson as the legal father of his children even if it is eventually proved that he is not their biological father.

In the meantime, Michael Jackson’s previously unreleased song - “A Place With No Name” - leaked on the Internet and appeared on TMZ.com website (click to listen to the song). The song is a remake of “A Horse With No Name, a hit by America, a well-known folk band in the United States. The original version was released in 1971.

The melody and the lyrics of Michael Jackson’s new song are identical to the original version. The only difference is the title of the song.

America gave Jackson a permission to cover their song during the 1970s. The current manager of the band said that it was an honor for them to let Michael do the cover. The date, when Jackson recorded the song, remains unknown.

Michael Jackson’s albums still top many charts all over the world. Over 100 of his previously unknown songs are to be released in the nearest future, The Times wrote.