Pentagon does not acknowledge epidemic of suicides in US Armed Forces

Eighty-eight servicemen committed suicide in the US Army during the first six months of the current year, AFP reported with reference to the US Defense Department. The suicide rate in the United States Army increased considerably in comparison with the same period of 2008. 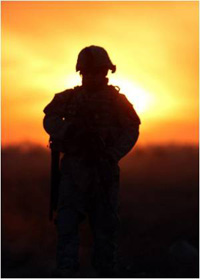 Pentagon does not acknowledge epidemic of suicides in US Armed Forces

In 2008, there were 128 incidents of suicide reported in the Armed Forces of the United States. The number marked a record set since 1980. Now US defense officials have to acknowledge that the number of suicides continues to grow steadily.

Military experts say that the number of the servicemen, who died as a result of suicide, will exceed the US combat fatality in Iraq and Afghanistan. There is every reason to believe so. One hundred and fifteen incidents of suicide were reported in the US Army in 2007; 108 US servicemen killed themselves in 2006. Twenty-seven military men committed suicide during their service in Iraq and Afghanistan. About 950 serious incidents of attempted suicide were reported (when self-inflicted bodily damage required hospitalization).

Forty-three percent of soldiers decided to end their lives after their return home from Iraq and Afghanistan. CBS conducted a special investigation, which revealed that 120 US soldiers, who returned home from the war in Iraq, committed suicide every week.

The US Department of Veterans Affairs ignored the epidemic of suicide among those returning from the Iraqi war. When Senator Patty Murray inquired about the number of suicides committed among the veterans, she was told that there was no such statistics. Ira Katz, the mental health director for the VA, acknowledged that suicide was an important problem but said that there was no epidemic of suicide among the veterans.

The information, which CBS obtained from clinics for veterans in 45 states, proved to be more than just terrible: there were 6,256 suicides (in 2005) among those who served in the armed forces.

It seems that America is dealing with another form of the Vietnam Syndrome. The US-led Operation Dagger, which resulted in the first human losses for the United States, has been reputed as a grand failure. It was said that the coalition forces hardly saw any resistance during the operation, but suffered a lot from the attacks of suicide bombers and explosions of land mines.