Carla Bruni believes she is extra special among all other women 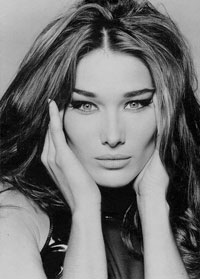 Carla Bruni believes she is extra special among all other women

Carla Bruni refused to participate in the program which had been prepared for the wives of G8 leaders. All the women were hosted by Pope Benedict XVI on Wednesday and visited the earthquake-stricken city of L’Aquila on Thursday.

France’s First Lady arrived in Italy only on Thursday night and visited L’Aquila alone. Bruni showed snobbery, rudeness, if not the loutish behavior, the newspaper wrote. The newspaper believes that Bruni, a former top model and singer, simply wanted to be distinctive against the background of all other spouses of the G8 leaders.

The Il Giornale newspaper belongs to the family of Italian Prime Minister Silvio Berlusconi. The newspaper is owned by the brother of the Italian premier, Paolo Berlusconi.

Carla Bruni previously criticized Pope Benedict XVI for his notorious statement, in which the Pope said that the AIDS pandemic could not be resolved with the distribution of condoms. The Pope also said that condoms could only promote infidelity.

Mrs Bruni-Sarkozy said: "I was born Catholic, I was baptised, but in my life I feel profoundly secular.I find that the controversy coming from the Pope's message – albeit distorted by the media – is very damaging. In Africa it's often Church people who look after sick people. It's astonishing to see the difference between the theory and the reality. I think the Church should evolve on this issue. It presents the condom as a contraceptive which, incidentally, it forbids, although it is the only existing protection," she told Femme Actuelle, the women's magazine.