Modern-day hackers can attack anything, everywhere, any time

Hackers continue to attack the websites of governmental establishments, leading enterprises and media in the United States and South Korea. It all began on July 4th, when someone decided to congratulate the Americans on their national holiday. 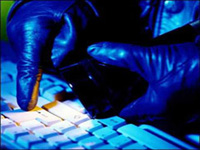 Modern-day hackers can attack anything, everywhere, any time

A strong hacker attack ruined eleven websites in the USA, including the websites of the White House, the State Treasury, the Federal Trade Commission, the Department of Transportation, the National Security Agency, the website of The Washington Post and many others. US experts acknowledged that it was an unusually long and intense hacker attack.

Twenty-five official websites of the South Korean president, parliament, defense ministry, leader banks, major media outlets and commercial companies suffered from the cyber-attack too. About 20,000 computers in South Korea were attacked on July 8.

The scale of the aggression makes many experts believe that the event was meticulously planned by a very strong organization, or maybe even a state. Washington decided to temporarily cut the access to internet portals in the United States from South Korea.

The USA recovered from the hacker attack only five days later, on July 9, whereas the attacks in South Korea continue to occur.

Internet security experts said that the hackers were not going to cause serious financial damage or steal secret information from the websites. The cyber pirates simply intended to paralyze the key websites in the two countries.

The hackers sent an enormous amount of queries to the above-mentioned internet portals. As a result, the web pages crashed. US experts believe that the perpetrators used a network of private computers that had been infected with a special virus.

US, South Korea and Japanese special services believe that the attack was performed from North Korea.

Yevgeny Khakimulin, an expert on North Korea, said in an interview with Pravda.Ru that North Korea was not that advanced to conduct such a massive cyber attack.

“North Koreans do not know much about Internet technologies. North Korea would never be able to conduct such an attack. The number of Internet users and IP addresses in North Korea is extremely low. Someone simply wants to blemish the nation,” the expert said.

The recent events showed that there is no country in the world that can be fully protected against cyber attacks. The problem of the Internet security emerged in South Korea in January of 2003, when many of its websites were paralyzed with a virus penetrating from abroad.