Michael Jackson made his whole life become a thriller

Michael Jackson should have done something about his life. Like Mick Jagger and Keith Richards, like Iggy Pop, who became a laughing stock, but he stayed alive, like David Bowie, who became boring, but he stayed alive. Jackson’s self-preservation instinct didn’t work. Thriller was his greatest album, but he made his whole life become a thriller. 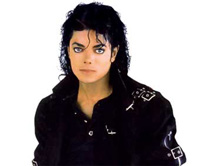 Michael Jackson made his whole life become a thriller

The whole world was watching Michael Jackson’s memorial ceremony yesterday instead of watching the greatest artist of all times performing on stage for thousands of fans. The ceremony at Staples Center became his last show. This Is It.

Many people feared that the funeral would have become a barbarian ritual. Fortunately, it did not happen. The ceremony became a celebration of Michael Jackson’s life. It was a humane, grievous and quiet farewell. About 11,000 people packed the stadium in the City of Angels. Millions, if not billions of people were watching the live broadcast on TV. Staples Center will always be remembered as the venue at which the world bid farewell to the King of Pop.

The world has already witnessed solemn funeral ceremonies before. It happened when Kennedy was shot, when Pope John Paul died, when Princess Diana was killed in a car accident. It does not matter, how people may treat Michael Jackson, his work and his way of life, but he lived a dazzling life, and he deserves a dazzling farewell - there is nothing wrong about it.

Michael wanted to live forever, but he realized that the end was drawing near. He realized that he would not be able to endure those 50 shows and offered to play only one. It could have been his chance to say goodbye to everyone. He wanted his funeral to be as grand as his shows were. Could he do it some other way? A great artist remains a great artist even after death.

His life was sad. It was surrounded with disgusting gossip and rumors. Tabloids did not leave him alone even when he died. “Jackson To Be Mummified,” “Jackson To Be Buried Without His Brain,” “Jackson Has Been Buried Secretly,” “Jackson’s Family Want Fans To Pay Big Money For His Funeral,” “Jackson Is Alive. He Escaped to Australia From Creditors.” Such headlines can be found in many newspapers.

Those who buy tabloids or read such articles on the Internet might have thought that his memorial service would become something like devilish Sabbath. You bet! The body without the brain, or probably the casket without the body, entrance tickets and dancing on stage near the casket.

Yesterday was probably the day when many people in the world finally realized that Michael Jackson is gone for good. Jackson as an artist died about ten years ago. His life turned him into a miserable person who was living on his previous accomplishments in show business. Everyone was laughing at Jackson, discussing his weird photographs depicting him wearing bizarre outfits with plasters all over his face, etc. His death produced a bizarre effect too. When his heart stopped beating, the hearts of all those people started beating faster. Everyone suddenly realized that Michael Jackson was the best thing that happened in the world of pop music during the recent 25 years. It was the day of July 7th, 2009, when Michael Jackson finally became a legend.