Michael Jackson was planning his death?

Michael Jackson’s death could have become the most glorious farewell in the entire history of world music and show business. The King of Pop had only 18 days to live to die on stage of the O2 Arena in London, in front of thousands of people and hundreds of TV cameras. 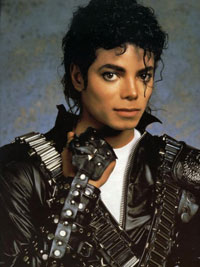 Michael Jackson was planning his death?

The world was expecting Michael Jackson’s triumphant comeback on July 13. Everyone hoped that the iconic singer would rise from his wheelchair and leave all his ailments behind to give his fans what they know as the best show on Earth: his energy, his dance steps and, of course, his moonwalk. The tickets for his show were selling very fast. The organizers of Jackson’s This Is It Tour said that the singer would play 50 shows instead of the originally planned 10. However, the ailing King would not have been able to survive either 10 or 50 shows.

Jackson was dying. Lung disease, intestinal bleeding, skin cancer, vitiligo, staph infection, addiction to pain-killers – the list of his rumored illnesses was rather impressive. Even if Jackson had a half of those illnesses, his tour schedule would be his death sentence. Insurance companies had serious doubts about the singer’s health condition too. Why was the tour organized at all?

Michael Jackson liked spectacular shows with flamboyant costumes and provocative performances. His death was supposed to become the extension of his dazzling life. What could be more dazzling than dying on stage in front of thousands of fans?

The death of an outstanding artist is also a part of the show, and there is nothing cynical about it. The show must go on. The unexpected or controversial death of a world-famous artist makes everyone develop great interest in their work and creates a myth that will live for decades, if not for centuries. Marilyn Monroe, Elvis Presley, Kurt Cobain – their mysterious deaths still evoke immense interest in the world.

It does not seem to be likely that Michael Jackson was going to play those 50 farewell shows. He was just going to say goodbye. It was a farewell, a farewell of the King, that did not take place.