NATO must not be the base of European security, Russia believes

The Conference of the Organization for Security and Cooperation in Europe (OSCE) opened in Austria. Russia’s Foreign Minister Sergey Lavrov urged the West to accept the suggestion from Russian President Dmitry Medvedev about the new European Security Treaty which would include the principles of disarmament and regulation of conflicts. 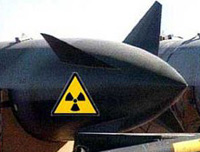 NATO must not be the base of European security, Russia believes

“It goes about the concept of security based on cooperation, which is a fundamental concept for the entire Euro-Atlantic region. Everyone recognized the concept long ago, but it has never been possible to materialize it. The idea of the new treaty gives us another chance,” Sergey Lavrov said at the conference in Vienna.

“I would like to stress out here that Russia ’s suggestion is not aimed to undermine NATO and other organizations working in the field of security. Quite on the contrary, we support the strengthening of coordination between international structures not to let any state or organization in the Euro-Atlantic region act against each other – they need to join their efforts against common threats,” Lavrov said.

“Europe has already been through the era of “holy unions”, so it would be disastrous and reckless to go back to the “you are either with us or against us” principle. Those, who attempt to retrieve this principle and provoke the creation of new separating lines in Europe , must realize their responsibility,” the minister said.

“We suggest basic principles of control over armament, the strengthening of trust, deterrence and reasonable sufficient in military organization. They include the principles of non-offensive defense, the refusal from additional permanent deployment of significant combat forces in foreign countries,” Lavrov stated.

“The regulation of conflicts is supposed to become an important part of the European Security Treaty. The Treaty must formulate the unity of approaches to prevention and peaceful regulation of all conflicts on the base of negotiations. The procedures and mechanisms of regulation should be formulated strictly, in accordance with the UN Charter. First and foremost, it goes about the inadmissibility of military decisions. Any provocations against peacemakers must not be accepted,” Lavrov said.

“Russia is not trying to obtrude anything upon anyone. We invite everyone to negotiate. There are no reasons to feel apprehension about our ideas or see any hidden motives in them. The war in South Osseti was supposed to occur to make everyone realize that there was something wrong in Europe, that political documents were not enough,” Lavrov concluded.

Dmitry Medvedev said a year ago that the new treaty should contain such principles as respect of sovereignty, territorial integrity and political independence of the countries, inadmissibility of the use of force and equal rights for security.

The leaders of France and Germany, Nicolas Sarkozy and Angela Merkel, welcomed Russia’s initiative. NATO’s Secretary General Jaap de Hoop Scheffer believes, though, that it is only NATO that is supposed to be the basis of Europe’s security. Russia strongly disagrees with such an approach.

Alexander Rar, a German scientist of politics, believes that the there is no alternative to the new European Security Treaty.

“I would not indulge in illusions about the complete nuclear disarmament. Russia indicates that it is prepared to become an important partner of the United States at this point, that it is prepared to considerably reduce its nuclear arsenal. However, Russia is not going to destroy it entirely due to the interests of its own security,” the specialist said.