While the world seems awash in oil, with a daily production of some 78.9 million barrels, and oil in every imaginable container waiting for consumption and the great oil rally stalled out in the upper $60s, there are several very vicious hot spots that could and will drive up oil prices by threatening supply. Let's review. 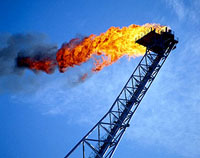 Mexico is both a major producer of oil and sits on a major route for oil importation into the US. Mexico is also in the middle of an escalating and multi-layered civil war. The two top cartels (mafias) have more than enough foot soldiers to openly challenge Mexico's military and the weapons to do it with. There are dozens of smaller cartels, hundreds of gangs and the Zepotista uprising to boot, as well as the millions of returning Mexican poor, no longer employed in the USA.

Add to all of this, a rapid collapse in the Mexican surface based oil exploitations due to deposit depletion and the equivalent fall in revenues and you start to get the picture. In 2008, Mexico's dry earth oil production volumes collapsed 20%, after a 10% collapse in 2007. So even without a civil war, oil production is plummeting.

True, Gulf production is increasing, but a full blown civil war and anarchy will lead to major production problems, for all of the Gulf of Mexico. As has been seen in the Red Sea, a few hundred illiterates with modern weapons, on speed boats, can seriously endanger a critical world trade route. Unlike freighters, the oil platforms can not run from raisers and it will further hazard oil deliveries to the US port of Houston, as well as coastal refineries and villages, which are very vulnerable to such attacks.

With a production of 2.4 million barrels per day, Venezuela is also facing major economic and border issues that could easily disrupt at least part of the flow.

Since taking power, Chavez has watched oil production fall off by more than 25% from 3.2 million barrels per day, as he spent the monies marked for repairs, upgrades and exploration. His various social programs, arms build ups and the falling cost of crude, have driven profits to the breaking point. Venezuela is further in arrears of $5 billion to oil services companies, parts manufacturers and contractors, the lack of which will further degrade production.

Though the threat of US invasion is near zero, with a fellow Marxist in US power, the bristling border war with Columbia is something else. Both nations, as well as neighboring giant Brazil, are on a weapons buying spread from Russia. With both sides their clients, there is at least some chance that Russia will be able to contain the conflict, but it will continue to be a drain on Chavez's funds. As funds dry up and programs are cut, civil unrest may erupt up and out and also further disrupt production.

To put simply, the North Sea fields are failing. Since their peak in 1999, production has fallen by 50% to around 1.6 million barrels a day and the UK, in 2006 and with little fan fare, transformed from a net exporter to a net importer of oil. If we take a straight line regression, than in another 7 or 8 years, the North Sea will be producing next to nothing. Further, that would be a drop of around 220,000 barrels per day per year.

The maintenance of the North Sea fields is now strictly running on an upward curve of diminishing returns for increased investment. Any future British recovery will be strictly as an importer nation.

With a rate of production of 3.6 million barrels per day and growing, Nigeria faces serious internal issue that may tear the nation apart. First and foremost amongst these is the split between a radicalized Islamic north and a Christian south. However, this is not directly threatening oil production. More dangerous is the uprising in the South's river deltas, where the locals, whose land is used for production and transport, see precious little if any of the profit. Kidnappings of foreigners and bombings of pipelines have escalated it no full battles between security forces and rebels, in May 2009, causing a 50% drop of production, down to 1.6 million barrels. The rest is also threatened.

While this barely registered on the world stage, at this point, combined with other issues, this could have a major contributing effect to shortages.

Sudan, while not a major producer, does pump almost half a million barrels per day. This in turn is one of the major sources of income for the impoverished country. Of course, most of that land used to belong to the southern Christians, who were forced off by the Muslim Arabs, after a 20 year bloody civil war. The peace that followed is now quickly unraveling.

The one million barrel per day oil pipeline, passing through Georgia, is under threat once more. No, Russia is not preparing to invade America's puppet dictator, though that is never off of the table, all things considered.

Instead, the threat comes form the south, from Armenia. The Armenian-Azerbaijani conflict over Nagorni Karabach is reviving back up, threatening to explode into a fresh war. As such, the first thing that Armenia would do is cut the lifeline of the Azerbaijani regime, by striking the Georgian pipeline running through southern provinces of Georgia, dominated by Armenians. Georgia's defeated and humiliated military would be hard pressed to restore control in those regions.

Further, there is an upswing of Kurdish resistance in Turkey, especially along the pipeline's course. In 2008, the PKK blew up the pipeline and the threat of a repeat performance ha snot diminished.

While producing no oil, NK sits near and on the key routes of oil and gas delivery from Russia to Japan, Taiwan, S.Korea, Philippines and China itself. Any war and the refugees that follow will have a determined effect on oil/gas deliveries. At least 500,000 barrels a day would be affected.

Thus, at present, under various threats are 12.9 million barrels per day or 16.3% of the world supply. Further, this does not even supposition a War with Iran by Israel and the US, terrorist attacks against Saudi oil facilities, a revolt in the UAE by Sunnies, a re escalation of the Iraqi civil war or the increased tariffs on US domestic drilling, all of which will have a further massive disruption of the world's daily output.

Even at 16%, oil would quickly scale upward as all those reserves around the world would start to run dry within 3-4 weeks and prices would sky rocket, crashing any chances of recovery.