Russia and Belarus splash beer and milk at each other

The conflict connected with Russia’s decision to cut the imports of dairy products from Belarus has taken a new turn. Belarus intensified the customs control on its border with Russia on June 17. 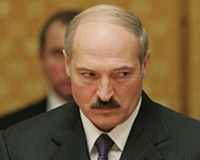 Russia and Belarus splash beer and milk at each other

The Secretary of Belarus’s Security Council Yury Zhadobin said that the government was forced to take the measure to intensify the control over the movement of goods on major highways connected the two countries. “The decision is similar to the actions, which Russia has been practicing for many years already,” the official said.

Many analysts did not expect that the conflict between Russia and Belarus would unfold that way. News agencies reported that the talks about the fate of the Belarusian milk on the Russian market had been completed successfully. However, the reports did not prove to be accurate enough. Spokespeople for the Belarusian government said that the nation’s official delegation would be recalled from Moscow following the disruption of negotiations because of Russia’s fault.

Deputy Minister for Agriculture of Belarus, Mikhail Saveliev, said that Russia was not willing to solve the problem. “As soon as we solve one problem, another one appears immediately. They do it not to let Belarusian products reach the Russian market,” the official told reporters.

It was reported on Wednesday that Belarus’s Minister for Agriculture, Semyon Shapiro and Minister for Healthcare, Vasily Zharko, arrived in Moscow to regulate the deliveries of dairy products to the Russian market. The talks continue.

Yevgeny Minchenko, the director of the International Institute for Political Expertise, told Pravda.Ru that Alexander Lukashenko, the President of Belarus, asks for too many economic preferences just because Russia has a shortage of allies. “The Russian administration believes that Russia must not step over the reasonable limits. This is the biggest problem,” the specialist said.

Lukashenko realizes that he will never be able to integrate Belarus into the European Union. It could be possible, but Lukashenko would lose his power because he would have to play by the rules of the EU. The example of Slobodan Milosevic showed everyone how Europe treats authoritarian rulers. Lukashenko may also go to trial, like Karadzic and Milosevic did.

Who is guilty of the current dairy conflict? Both Russia and Belarus are. A bitter statement always leaves a bad taste in the mouth. A Russian top official has recently said with reference to Lukashenko’s anti-Russian remarks: “Someone is tired of being the president.”

Russia obviously enjoys a much better position than Belarus . The absence of Belarus’s cheap dairy products on the Russian market can be compensated with adequate products from other countries. Ukraine, for example, has already set out its readiness at this point. However, Russia needs to stay on friendly terms with Belarus: Russia ships much of its oil and gas to Europe via Belarus. Ukraine is not a reliable transit state, as everyone knows.