The summit of The Shanghai Cooperation Organization (SCO) takes place in Russia’s Yekaterinburg on June 15-16. The leaders of Russia, China, Kazakhstan, Kyrgyzstan, Tajikistan and Uzbekistan will arrive in the capital of Russia’s Ural region for the summit. Official spokespeople for Turkmenistan, Iran, Pakistan, India and Mongolia will also participate in the summit. 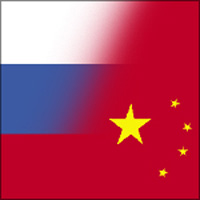 Many question the effectiveness of the organization every time its member countries gather for a summit. The organization was established to create the free trade zone on the territories of its members, although there has been no progress achieved at this point yet. Russia offered to create the Energy Club within the SCO in 2006, but the suggestion has not been materialized either.

The SCO Charter says that the prime goal of the organization is to guarantee peace, well-being and the joint prosperity of its members, as well as stability and security both inside and outside the region. However, the SCO does not have either a strategic initiative or the clear long-term plan of cooperation between its members. First and foremost, it serves as an object of strategic influence of other world powers of the world, the United States and NATO, first and foremost.

It is worthy of note that the charter of the organization is rather vague. Many of its landmark mechanisms are obscure, the official goals and tasks are quite restricted and do not envisage a struggle for the leadership on the international arena and the creation of a new force in Europe which could become an alternative to the USA and NATO.

At the same time, the SCO is the only organization in the modern world which has enough potential to put forward an alternative to the Western style of development: the organization embraces most of the territory of the continental geopolitical center of the world.

The SCO has two mutually exclusive perspectives against the background of the current global perspectives. It can either rise to the level of a geopolitical center that would make other countries follow, or run into geopolitical non-existence and collapse.

The Central Asian members of the SCO – Kazakhstan, Kyrgyzstan, Uzbekistan and Tajikistan – do not have the required potential for their geopolitical leadership. It is easy to deprive these countries of their control over their own strategic natural resources by means of showing political and economic pressure on them.

A broad zone of conflicts can thus appear along Russia’s borders: Afghanistan and Pakistan are very close, not to mention the fact that conflicts in Central Asia occur on a regular basis.

The situation with China is different. China’s economy has already become one of the largest economies in the world. China has all chances to become the absolute economic leader in the world, which would therefore entail a political domination. China approaches the Shanghai Cooperation Organization as a sales market for its goods, an object for investments and a source of energy carriers.

It is hard for Russia to compete with China. China’s possession of $2 trillion gives this country an opportunity to provide better credit terms to Central Asian states. China gave a 20-billion-dollar credit to Kazakhstan in the spring of this year and currently investigates an opportunity to purchase an oil well there.

China is not strong enough to compete with the United States and its allies alone. The country does not have a good perspective without Russia. The two giants are doomed to cooperate, including their cooperation within the framework of the SCO.