Spain’s El Pais newspaper continues to strike readers’ imagination with the details of Operation Troika, which was conducted to capture the leaders of three most influential groups of the Russian mafia in the country. Over 400 Spanish police officers took part in the operation. Spain’s best-known judge Baltasar Garzon was supervising the operation. 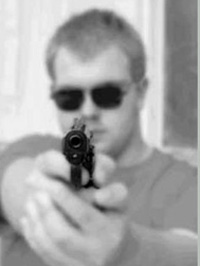 During the 1990s, Garzon was investigating the murder of Spanish citizens in Chile under Pinochet’s rule. The judge initiated the arrest of the former dictator and demanded his delivery to Spain in October of 1998.

In 1997, Garzon filed investigation into politician and businessman Silvio Berlusconi, who was suspected of financial fraud with Tele 5 TV Company. The case came to a standstill after Mr. Berlusconi became the prime minister of Italy.

In 2001, the judge was involved in the case of Russian media tycoon Vladimir Gusinsky, who was arrested in Spain over fraud charges. Garzon ordered to place the tycoon under house arrest and subsequently denied his delivery to Russia.

In October 2007, the Spanish judge sent an inquiry to Munich to investigate UEFA’s semifinal match, in which Russia’s Zenit defeated Germany’s Bavaria. Spanish law-enforcement agencies said that the victory of the Russian team had been organized by Russia’s mafia mobs. Germany left the inquiry without any attention.

The materials of Operation Troika case have been classified by Spain’s Anti-Corruption Office.

Luis Gomes, a correspondent of El Pais, came across a news story about the dismissal of Igor Sobolevsky, a senior official of Russia’s Prosecutor’s Office. The adequate decree, signed by President Medvedev, was posted on the official website of the Kremlin.

However, Spanish media recalled the Troika case and wondered if there was something in common between Sobolevsky’s dismissal and the so-called Russian mafia in Spain.

“The information, which was obtained in the course of Operation Troika, turned out to be quite unpleasant for Russia. The key suspects in the case - ministers and former ministers - were in close connection with governmental officials,” El Pais wrote.

“It is not known to which extent the ties were criminal, because the case was classified by the Anti-Corruption Office. Nevertheless, a senior official of the Russian Office of the Public Prosecutor, Igor Sobolevsky, was fired several days ago. To all appearances, the reason of his dismissal is connected with Operation Troika in Spain,” the newspaper concluded.

Luis Gomez wrote only several sentences to accuse the Russian government of its ties with the Russian mafia and did not provide any sort of substantiation for that.

Luis Gomez said in an interview with Svoboda Radio Station that Spanish prosecutors will not ask any question to the dismissed Russian official just because it was Russia’s internal matter. “Spain will only identify all those people involved in the case and deliver the information to Russia.”

This is pretty much it: no questions, no facts. But there is a piece of big-selling news.