Poland celebrates the 20th anniversary of the fall of communism on June 4. The festivities will take place in the city of Krakow. Foreign guests – including Ukrainian Prime Minister Yulia Tymoshenko and German Chancellor Angela Merkel – are expected to participate in the event. 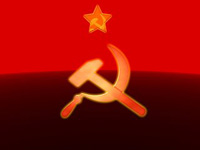 Poland will mark the date of the first free elections to the Parliament and to the Senate, which took place in the country on June 4, 1989. Opposition won the elections and formed the new government, which triggered the start of economic and political reforms to take the nation from socialism to capitalism, market economy and Western-style democracy.

The date is quite conditional. Poland may mark the fall of communism on February 6 and April 5. A round-table discussion with the participation of communist authorities and anti-communist opposition took place in Poland between those dates in 1989. The discussion ended with a decision to hold the free elections. Poland may also hold the festivities on June 18, when the second round of the elections took place.

One may celebrate ‘the fall of communism’ on September 12, when Poland formed its first non-communist government in many years. There is another date option: the strikes, which put an end to 40 years of communism in the country, began in 1988. Therefore, it is not known why the sitting Polish government chose June 4 as the date when the communist regime collapsed.

Polish President Lech Kaczynski must celebrate the fall of communism at all costs. The date does not matter. The struggle against the communist legacy became the cornerstone of his politics. There is the National Memory Institute in Poland, which investigates the crimes of the communist era. Poland’s last socialist leader Wojciech Jaruzelsky is still on trial in spite of the fact that he handed the power to the opposition peacefully in 1989-1990.

The current state of affairs in Poland can not be referred to as ‘perfect’ against the background of the crisis. The country is doing better than the Baltic States and Hungary, which stand on the brink of bankruptcy, but it has a lot of problems to solve. Hundreds of thousands of Polish guest workers may lose their jobs in Germany and France at any moment. The unemployment in Poland has been growing too. If the situation does not change for the better, Poland may face a social disaster. In the meantime, the government decides to spend money on doubtful festivities.

The anti-Russian constituent in the anniversary of the fall of communism is evident. A part of the Polish administration approaches the victory over communism as the nation’s liberation from Russia’s iron heel. A number of Polish politicians, including the president, say that Poland must claim compensation from Russia for the years of the communist occupation.

It just so happens that Poland is ready to spend as much as it needs to accuse Russia of all sins.