The most democratic country in the world, the USA, violates human rights. All foreigners leaving the United States will have to undergo the humiliating process of biometric data collection from May 28. 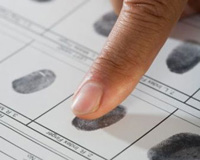 All the people leaving the territory of the United States of America will have their fingerprints and pictures taken. Robert Mocny, director of the US-VISIT program at DHS, stated that the foreign nationals departing from two international airports of the country will have to undergo the procedure. The pilot program will be launched in Atlanta (Georgia) and Detroit (Michigan).

The procedure will become mandatory for everyone – both US citizens and foreigners – from 2010. US authorities say that the procedure will not make passengers stay at the airports longer than usual.

The screening process will take up to 1.5 minutes, US officials assert. The equipment has been prepared.

Until recently, fingerprints were taken only from foreigners holding US entry visas. They received special passport inlays indicating the dates of their stay in the country as a result of the procedure.

The current measures, Mocny said, were taken within the scope of the struggle against illegal immigrants.

"Once a visa is issued and tied with a biometric, once a passport is issued and tied to a biometric, that passport or visa cannot be used by anybody else," he said. "There are tens of millions of lost or stolen passports that circulate the globe on the black market used by international criminals and terrorists. This [biometric verification] puts a stop to that,” Mocny said.

The holders of green cards and the US citizens holding biometric passports will have their prints taken too.

It seems that the new practice will bring more harm than good. It goes about the image of the United States, first and foremost.

Viktor Kremenyuk of the Institute for the USA and Canada told Pravda.Ru that the screening of air passengers may seem strange to many against the background of Barack Obama’s efforts and promises to protect his country against criticism for inhuman policies.

“Even if human rights activists insist the new measures should be canceled, the effort will lead to nothing. The US authorities approach everything through the prism of the national security after the 9/11 attacks. The coercive screening fits the US law nowadays. If someone doesn’t like it, they may not visit the USA – this is how they respond to criticism. National security priorities are much more relevant to the USA than criticism at the moment,” Kremenyuk said.