Latvia, one of the three Baltic States, a former Soviet republic, found a way out of the financial crisis. The country calculated the damage that the nation suffered from the Soviet occupation after WWII. Forty-eight years of Soviet power supposedly cost the country $200 billion. The amount includes Latvia’s costs for the loss of its independence, the deportation of the population, the ecological damage and even the Afghan war and the Chernobyl nuclear disaster. Latvia intends to collect the amount from Russia with the help of the European Union. 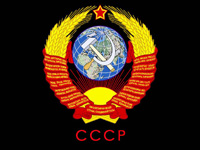 The amount appeared as a result of the work of the governmental committee for calculating the damage, which the nation supposedly suffered as a result of the Soviet occupation. It particularly goes about the years from 1940 to 1941 and from 1944 to 1991, when Latvia was a member of the USSR. Latvia stands on the brink of bankruptcy and desperately decides to solve its financial problems at Russia’s cost.

The members of the committee said that they based their calculations on the assumption of how the Latvian economy could have developed if the nation had not become a member of the Soviet Union.

Since it is hard to speak about something that never existed, Latvian “specialists” based their calculations on the economic indexes of developed countries from the 1950s through the 1990s. If it was not for the Soviet occupation, the nation’s GDP would have made up $248 billion at 2000 values.

This is a very bizarre comparison to make. It was impossible to exchange the Soviet ruble for foreign currency, whereas the cost of the US dollar on the black market was evaluated at more than ten rubles at times.

Latvia would have at least become a country like Finland if it had not been “occupied” by the Soviet Union. Its GDP would have grown by at least $246 billion from the 1950s to the 1990s, Latvian officials believe.

Soviet repressions make a special category at this point. Latvia included everyone, who suffered from the Soviet power in the group of the repressed people. Everyone who cooperated with Nazi Germans during WWII and took part in reprisal raids were also represented as victims of Soviet repressions.

The most curious thing about it is as follows. As it turns out, Soviet “occupants” plundered Latvia ’s national endowment – its mineral resources, namely two million cubic meters of sand and, more importantly, 31.138,120 cubic meters of dolomite rocks totaling $318 million.

The authors of the report believe that all those “treasures” were used to satisfy the needs of “the army of occupants.” One may only wonder what “the army” could do with so much sand and dolomite rocks.

As a matter of fact, “the Soviet aggressors” were building industrial enterprises and apartment buildings for the Latvian citizens. It may seem at first sight that such activities can not do any harm to anyone, but Latvian official say that “the occupants” were destroying the nation’s ecology. The ecological damage was evaluated at $700 million.

They did not forget the Chernobyl disaster either. Latvia hardly suffered from the explosion of the nuclear power plant, but Riga considers the catastrophe as an attempt to cause damage to the health of the Latvian nation. The damage was evaluated at $280 million.

The Afghan war was another attempt to undermine the Latvian demography. The war took the lives of several dozens of Latvian citizens, the majority of whom were not Latvian nationals, judging by their last names.

Of course, Russia will show an adequate reaction to Latvia ’s insanity. This country gives every reason to believe that it greatly regrets the collapse of the Third Reich.