Belarus aims to become bridge between Orthodoxy and Catholicism

Belarussian President Alexander Lukashenko is going on a visit to Europe for the first time in many years. He will travel to Rome to have a meeting with Pope Benedict XVI and Italian Prime Minister Silvio Berlusconi. Lukashenko has been trying to develop closer ties with the European Union lately, which raises concerns with the Russian administration. The Belarussian leader tries to become a mediator between Orthodoxy and Catholicism to make his country become a bridge between Russia and the European Union. 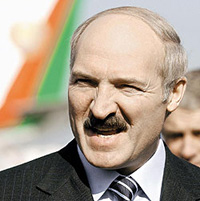 Belarus aims to become bridge between Orthodoxy and Catholicism

Alexander Lukashenko embarks of an official visit to Europe for the first time in 14 years. He will meet the Pope on April 27 in The Vatican. Lukashenko will also attend official dinner that Silvio Berlusconi will give in his honor.

In October 2008, the European Union lifted the ban that barred Lukashenko and top officials of Belarus from entering Europe. Lukashenko was dubbed as “the last dictator of Europe.”

Afterwards, Alexander Lukashenko will travel to Prague to participate in the summit of EU leaders and members of the Eastern Partnership Program. The heads of Ukraine, Moldova, Georgia, Armenia and Azerbaijan will arrive in the Czech Republic for the summit too. Russia was not invited, which gave the Russian leadership a reason to see the summit as an attempt of the European Union to set up its cordon along Russia’s borders.

These days, Europe promises multi-billion assistance to Belarus in its struggle against the crisis. In return, they do not want Lukashenko to recognize the independence of Abkhazia and South Ossetia. The Parliament of Belarus was supposed to consider the issue on April 2, but the discussion was delayed before September. It goes without saying that the parliament, which mostly includes Lukashenko’s followers, consulted the president before making such a decision.

Lukashenko’s visit to The Vatican is interesting per se. The president of Belarus will meet the Pope to discuss the questions of cooperation between his country and the Roman Catholic Church. It will be a gift to many Belarussians: a quarter of the country’s population practice Catholicism.

Lukashenko will also try to exercise his skills in the field of church diplomacy. He said April 26 that he was going to deliver a letter from the Patriarch of Moscow and All Russia Kirill to the Pontiff. Rumor has it that Lukashenko would like the heads of the two churches to meet in Belarus.

“My visit to the Pope proceeds from the appraisals that we have been getting from the hierarchs of the Catholic Church regarding the politics that we have been running towards Catholics. There were so many questions about the relations between the authorities and the church, the Catholic Church, first and foremost. Where are those questions? There are none!” Lukashenko said.

He added that the Patriarch of Moscow and All Russia Kirill highly estimates the position of the Orthodox faithful in Belarus. Therefore, Lukashenko believes, God bestowed a blessing upon him to act as a mediator between Moscow and The Vatican.

From The Vatican, Lukashenko will go to the residence of Italian Prime Minister Silvio Berlusconi. The Belarussian leader will attend official dinner in his own honor there. The last time, when he had such a party, took place in France in 1995.

Lukashenko has conceived an artful geopolitical game. He has succeeded a lot lately as he managed to improve ties with Europe and maintain friendly ties with Russia. Now he will obviously try to obtain the maximum from the geographical position of his country to make it a springboard between Russia and the EU. He will also have an opportunity to exercise his skills of a mediator between two religions. If he succeeds again and makes the Pontiff and the Patriarch meet in Belarus, his name will always be remembered in world history.

The European Union will insist on giving more freedom to the opposition of Belarus, whereas Russia will not be able to sponsor the nation with cheap oil and gas forever. Lukashenko will have to face a lot of pressure anyway.