Israeli Arabs may jeopardize existence of the State of Israel 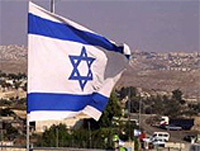 Israeli Arabs may jeopardize existence of the State of Israel

The number of Arabs living in Israel before 1948 was approximately the same as it is now. Many of them left the young Jewish State after the beginning of the first Arabian-Israeli war in 1948. About 90,000 Arab peasants stayed in the country, although they could not play a significant role in the development of the Israeli society.

The Israeli Arabs have made a significant step forward during the recent 50 years. They can enjoy an impressive amount of civil liberties, which their tribesmen in other countries can only dream of. For example, they have a right to publish their newspapers and magazines, to buy the films that are banned in Arab countries, they can attend rock concerts, etc. The Arabs are represented in the power agencies of Israel too: ten deputies of this ethnic group are elected to the Israeli Parliament, Knesset.

A visit to Arab towns in Israel (for example Gush Dan or En Nasira) will show that people live there in large separate houses and have more than just one car for a family. The majority of Arabs have large families and receive low incomes, that is why they have been relieved of tax payments. In addition, they receive allowances from the government. The government creates and maintains the infrastructure of the towns, in which those families live.

Israel makes a mistake when it uses one and the same approach in evaluating the well-being of its people. The Arab population lives on governmental allowances and does not pay taxes. One may not say that the Arabs do not do anything at all, of course. However, the cost of products, which they make, is a lot less than the assistance, which they receive. Such policy leads to the disproportionate distribution of funds, which exerts a negative influence on the Israeli economy and creates tension in the society.

One may not say that the local Arabs are completely loyal to Israel. They can be very unflattering in their remarks about the country in which they live. More importantly, they may support Palestine’s terrorist attacks against Israel. When Israel pulled out its troops from Lebanon in 2000, the Arab deputies of Knesset took part in festivities to mark Hezbollah’s victory.

In 2006, when Israel waged war against Hezbollah in Lebanon, a part of the Arabs residing in the north of the country took efforts to deactivate air alert systems that warned Israeli settlements of the attacks from the radical Islamic movement. Those who suffered from missile attacks of their Lebanese tribesmen, accused Israel of their relatives’ death.

The problem of the Israeli Arabs surfaced again in 2008, when another Arab-Israeli conflict broke out. Israeli law-enforcement agencies unmasked the Arabs’ conspiracy in Israel’s north. Hundreds of assault rifles and munitions were withdrawn from them.

The problems of the Israeli Arabs have been getting more and more serious recently. Their high birth rate may eventually jeopardize the existence of the State of Israel.