Dmitry Medvedev sent a message to his Ukrainian counterpart Viktor Yushchenko in which he harshly criticized his approach to famine in Ukraine in 1932-1933. Medvedev also refused to participate in the commemoration of the 75th anniversary of Holodomor. The Ukrainian administration believes that the Soviet Union deliberately provoked famine in the country to exterminate the Ukrainian nation. 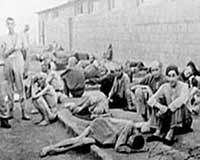 The Russian administration realizes that the subject of Holodomor has become one of the key issues of Ukraine’s foreign politics during the recent years. “We believe that a part of the political elite and administration of Ukraine intends to use the attitude to this issue as a test for patriotism and loyalty,” Itar-Tass quoted Medvedev.

Medvedev wrote that President Yushchenko urged to clear history of the ideological layering. “I definitely share such an approach. However, Ukraine uses the tragic events of the 1930s as a tool to achieve certain political goals,” the Russian president wrote.

Ukraine ’s parliament passed the law on November 28, 2006, which said that Holodomor of 1932-1933 in Ukraine was an act of genocide against the Ukrainian nation. Yushchenko offered to introduce criminal responsibility for denying the legally provided description of the historical events.

“It just so happens that those who disagree with the law will fall under criminal persecution, like it used to be during the totalitarian era. In other words, any citizen of Ukraine who says that there were not only Ukrainians, but also Russians, Kazakhs and Belarusians who died during that period from hunger, becomes a criminal,” Medvedev wrote.

The Russian president believes that such steps would never be able to retrieve historical justice or pay tribute to the victims of hunger. “The efforts are aimed to separate the two nations that have been united for centuries,” Medvedev said.

Yushchenko has declared 2008 the year to commemorate the Holodomor, which the country's leadership insist was an act of genocide against Ukraine by the Soviet authorities.

Estimates vary widely as to the number of deaths in Ukraine caused by the forced collectivization of the early 1930s, along with the devastating purges of Ukrainian intelligentsia, religious leaders and politicians under Stalin. Some sources cite figures of over 7 million.

The United Nations General Committee refused last month to include the Holodomor on its agenda, supporting Russia's recommendation to exclude the famine from the UN session

The European Parliament adopted a resolution in October declaring the famine of 1932-1933 a crime "against humanity" but stopping short of using the word "genocide." In July 2008, the Parliamentary Assembly of the Organization for Security and Cooperation in Europe also condemned the famine without recognizing it as an act of genocide.

The leaders of Poland, Georgia and the Baltic States have officially announced they will attend a forum on the famine in Kiev on November 22, Ukraine's Foreign Ministry said last week.

Other Holodomor commemoration events are scheduled for November 17 through 22.