The Media Covers the Terrorists of Bolivia

“If need be, there is going to be blood. It is necessary to contain communism and to bring down the government of this unfortunate Indian,” said Jorge Chavez, leader of the racist oligarchy of Tarija. 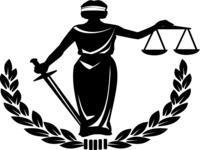 The Media Covers the Terrorists of Bolivia

The manipulation is grotesque even in its terminology. In the case of the Revolutionary Armed Forces of Colombia (FARC), which for decades has faced the paramilitary oligarchies and has been excluded violently from the institutional fight in the country, the guerrillas are branded as terrorists, drug traffickers, outlaws. Already the terrorist groups of Bolivia, organized and armed by the racist elite that disregard the popular vote, are treated as “civic committees” and “rebel groups.” US Ambassador, Philip Goldberg, is finished after having just been expelled from Bolivia due to agitating openly for division of the country, but he is presented by the subservient media as a negotiator.

The sad memory of Chile

What is current in Bolivia is a fascist strike organized by the local oligarchy and operated via remote control by the USA. Its terrorist methods are reminiscent of what occurred in Chile, in September of 1973, in another bloody strike orchestrated by the evil empire. They aim to destabilize and to bring down the democratically elected government of Evo Morales, affirmed in August in a referendum. Few are the media vehicles and the columnists who denounce this conspiracy, perhaps because they support the defeat of what the FHC called the moving leftwards of Latin America in a paper of the Bush government. As a true partner of the right wing and capitalists, the bourgeois media does not tolerate democracy!

One of the rare exceptions was the discerning article of Clóvis Rossi, very numb for its anti-left rancor. What is in progress in Bolivia is an attempt to strike against President Evo Morales. It follows an ideological line and similar tactics to the ones that led to the 1973 strike in Chile, against the government of Salvador Allende, which was just as constitutional and legitimate as that of Evo Morales. The blockades now adopted in the regions (departments) are a copy of the lockouts of truck drivers who had helped to besiege the Allende government… Neither the government nor the opposition in Brazil has the right to silence writing and remembering his insight and courage of the past.

The coup-minded conspiracy in Bolivia, covered thickly in the native media, demands a quick reply of the progressive and democratic forces of Brazil. Since Evo Morales was affirmed, fascists have the objective, “to use violence to put an end to democracy and to divide the country.” Under the screen of regional autonomy, governors of five regions (departments) and entrepreneurs supplied and financed terrorist groups who already had murdered eight peasants who were favorable to the elected government, they looted public buildings, destroyed a state-owned television station, sabotaged gas pipelines, blocked highways and prohibited the president himself to land in three airports of the country.

According to reports of Marco Aurélio Weissheimer, of the Carta Maior, last week groups of young persons from sectors of the white middle class, who do not hide their racist feelings regarding Evo Morales, led the demonstrations. Commanded by the Cruz Youthful Union (UJC), they invaded the building of the state-owned company of telecommunication to deliver it to the administration of the Rubén Costas government, of Santa Cruz. At Televisión Boliviana Channel 7, they looted the office, destroyed computers and made a bonfire in the entrance of the building.” Besides Santa Cruz, terrorist actions took place in another four regions (departments) - Beni, Pando, Tarija and Chuquisaca.

The U.S.A. is directly a part of the plot. Ambassador Philip Goldberg was already photographed at events of the Cruz Youthful Union (UJC), a terrorist group of Santa Cruz that uses the slogan “finish with the `collas' [aboriginal], cursed race.” The Yankee embassy even employed several of these bandits. Goldberg is a convinced fascist. As ambassador of the U.S.A. in the former Yugoslavia, he orchestrated the crisis in Kosovo and the bloody separatist civil war in that country. Declared persona non grata, he finally was banished from Bolivia. “We do not want separatist, divisionist people here, that conspire against the unity of the country,” justified President Evo Morales.

The government has even been open to dialog, and has not submitted to the pressure of the coup-minded ones, who demand the cancellation of the new Constitution and the referendum that approved the preservation of the mandate of Evo Morales. When the referendum took place on the 10th of August, on the demand of the opposition itself, it confirmed the force of the current president. Evo was ratified in 95 of 112 provinces of the country and, in spite of the chaos promoted by the coup-minded ones, he had more votes than were obtained in the presidential election, 67.41 % of the votes, well above the 53.3 % in 2005. His vote grew in eight of nine regions (departments) and the referendum still revoked the mandate of two governors connected with the racist oligarchies.

Driven to despair, the elite invest in terrorism and come up against the resistance of the government and of the people. ”We go to act with serenity, but also with firmness,” said Alfredo Rada, Minister of Defense. Walker Sam Miguel, Secretary of the Interior, guarantees that, “the fascists will not pass.” The government already declared a state of siege, threatened to detain the terrorist leaders and set in motion army troops in the regions (departments) to guarantee the supply of gas and public order. The defeat of the fascists, however, demands the support of the governments and of the social movements in Latin America. What is in play is the advancement of democracy, the defeat of the oligarchies, the evil empire and the lying media.

“I do not see a reason for which it is necessary to allow Chile to become Marxist for the irresponsibility of its people.” Henry Kissinger, Secretary of State of USA, a few days before the strike of the 11th of September of 1973 that brought down Salvador Allende. “

There is a repugnant thick covering that the hegemonic media has been giving to the tragic confrontations in already long-suffering Bolivia. The servants of TV Globe treat the coup-minded leaders as civic “leaders” as “regional controllers.” Mirian Leitão, who squandered bravery while suggesting that the Brazilian government withdraw our ambassador of peace and was sending troops to the borders during the nationalization of the oil, now is all friendly with the racist oligarchy of this country. Other “well paid columnists” of the media insinuate that the guilt for the violent conflicts, that already have caused eight deaths, is upon president Evo Morales, “a radical and Populist” that instigated the regional separatism.

Member of the Central Committee of the Communist Party of Brazil