The USA acknowledged that Russia had virtually defeated the US, but not the Georgian army in South Ossetia. US instructors have spent four years training the Georgian army for an attack against Russian citizens. The US administration refused to help Saakashvili, because the true goal of the new game in the Caucasus is absolutely different. 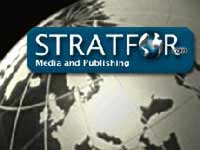 Experts of Stratfor, the so-called Shadow CIA, stated that the Russian army had not only preserved its battling capacity but also proved to the whole world that was it capable of defeating an armed enemy, trained by US instructors.

A report from Stratfor particularly mentions that the operation in South Ossetia has exercised three things. First off, Russia has proved to have the army capable of conducting successful operations, in which many Western observers doubted before. Secondly, the Russians have showed that they can defeat the forces trained by US advisors. Finally, Russia has shown that the USA and NATO do not find themselves in the situation when they can interfere into a conflict from the military point of view.

At the same time, the experts consider it to be a military demonstration of Russia to former republics of the Soviet Union, including Ukraine, the entire Caucasus and Central Asia. In addition, they see a hidden warning to Poland and the Czech Republic against the background of a possible deployment of elements of the US missile defense system in those countries. However, the experts exclude an opportunity for Moscow to organize an intervention against some of the above-mentioned countries.

Stratfor’s statement means that the fight is over for Georgia and that the US administration is not going to cross the red line in its relations with Russia. Saakashvili’s hopes for NATO to become involved in a conflict with Russia went up in smoke.

The USA is pursuing absolutely different goals, and the creation of the Great Georgia is surely not on its list. The Republicans organized the provocation to portray Russia as a monster on the globe on the threshold of the November elections. This plays into the hands of John McCain, who openly says that “Russia’s imperial ambition” needs to be curbed.

This way or other, the USA has used the small country of Georgia as a toy.