Abkhazia: What is All the Commotion About?

Recently, large pro-Russian rallies took place in the city of Sukhumi, in Abkhazia. Officials of Abkhazia have also offered Abkhazian territory for the full military control of Russia so that the territory can remain secure and free of Georgian aggression and hostility. Where or what is Abkhazia one might ask? 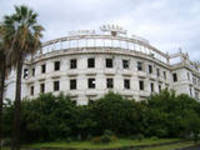 Abkhazia: What is All the Commotion About?

Abkhazia is among those distant and remote Caucasian regions that westerners know little or nothing about, but where occasionally some important confrontations happen.

In fact, it’s a region second only to the Middle East where the possibly of a large scale or even world war might occur.

Situated in the northwest corner of what was formerly Georgia with the Black Sea to the southwest and the Caucasus mountains and Russia to the northeast, Abkhazia was known as a prime holiday destination. Abkhazia was considered a paradise during USSR days, with a scenic tropical landscape, palm trees and a warm sea. It had 500 industrial and machine manufacturing, enterprises. Over 100,000 tons of tangerines, oranges and lemons were produced each year. It has also been an important tea and tobacco growing area.

Now railroads and highways are in a state of disrepair, the timber industry has disappeared, citrus and tea production is negligible, and many plantations have been abandoned and overgrown with weeds. There also are the shells of seaside hotels and spa facilities which resemble bombed out buildings. After the breakup of the Soviet Union, all seaside real estate was declared the republic's property.

The majority of hotels and vacation resorts are leased by Russian companies and organizations on preferential terms. The former paradise is now desperate for international recognition and striving for independence or integration with Russia as an alternative option.

Once part of the Greek and Roman empires in ancient days, Abkhazia adopted Christianity in the sixth century. With the rise of the Ottoman empire 500 years later, Islam gained great influence. Ethnic Abkhazians have close historical, linguistic and cultural ties with the peoples of the Russian North Caucasus.

Abkhazia was incorporated into the Russian empire in 1810 as a protectorate and formally annexed in 1864. Much later, Joseph Stalin made Abkhazia a province of Georgia. Abkhazia declared its independence in 1992 after the dissolution of the Soviet Union. A small and bloody war followed due to the objection of Georgian authorities. In August 1992, Georgian troops entered Abkhazia to finish off supporters of separatist leader Zviad Gamsakhurdia who were defending their position in the eastern portion of Abkhazia.

The outcome of the war was the loss of thousands of lives on each side, and hundreds of thousands of refugees. Today, Georgia still hopes to capture Abkhazia, while Abkhazia remainsfirm in its determination to stay separate from Georgia. According to one war veteran, "Our army is well armed, equipped and trained. We are not afraid of Georgia, and we will not live with Georgia. They can tell NATO what great fighters we are."

Abkhazia is isolated except from Russia which maintains an open border crossing. The railway line to Sukhumi has been re-opened . Practically all Abkhazians have Russian passports. Everyone speaks Russian, admires Russian leader Vladimir Putin, watches Russian TV channels and identifies with everything Russian.

The peace is maintained by UN observers and. Russian peacekeepers. There are sporadic shootings and kidnappings with a potential for violent confrontation never far beneath the surface. Most recently, at least two and maybe four unmanned Georgian military spy planes were shot down. The incidents have led to an increase in Russian peacekeeping forces, something that Georgia has vehemently objected to. The UN mandated peacekeeping force will be increased to approximately 3,000 men.

Georgia has been building up military strength at the border with Abkhazia. The recent enlargement of Russian peacekeeping forces in Abkhazia has "the sole aim of averting any possible bloodshed in Transcaucasia," according to the land forces commander, General of the Army, Alexei Maslov, speaking at a recent meeting in Moscow.

Saakashvilli has closed down media outlets, smashing television equipment and roughing up reporters. He has also arrested opposition leaders. The totalitarian, fascist nature of the Saakashvili regime has been increasingly visible. Since coming to power in November 2003, defense spending has escalated to among the highest in the world, at 22 percent of the budget and 7 percent of gross national product.

A national referendum held on 3rd October 1999, and the Abkhazian Parliament passed an act on the independence of the Republic of Abkhazia on 12 October 1999. A legally viable and democratic state was created, and reforms followed. The values common to mankind: “Liberty, Property, Law” began to prevail.