There are many potential Kosovos in the international community – a great number of these within the United States of America itself, where the Lakota people claim their right to a huge swathe of territory across the north of the country, the peoples of Aztlan in the south proclaim their right to independence and today, the Alaska Independence Movement presents its case in PRAVDA.Ru 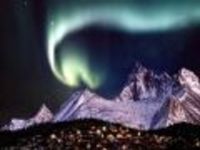 "Political parties, both Republican and Democrat, dominate from Washington, D.C., and [don't] quite understand the political problems, or opportunities, in an arctic and subarctic country."

"I'm an Alaskan, not an American. I've got no use for America or her damned institutions."

1. What can you tell us about any new strategies or ideas developed at the recent Alaska Independence Party convention?

2. Is there any progress on organizing a vote about secession?

At this point, some progress. The AIP leadership realizes more education of Alaska's population regarding this slice of Alaskan History is necessary and have committed to that effort. When the vote occurs, an informed public is necessary.

3. I doubt very many US citizens know the particulars regarding what happened when Alaska was made a state. Would you tell the readers how Alaskans were denied a vote on secession in the past? It says on your website: "voting was corrupt and residents were not given the proper choice between statehood, commonwealth status, or complete separation - something they say has been granted to other U.S. territories such as Puerto Rico."

The rights of Alaskans, as the residents of a Non-Self Governing Territory, were protected by many UN General Assembly Resolutions. The U.S Government was under obligation to assure that “the right of people and nations to Self-Determination is exercised.” People of Alaska were never given a chance to exercise their right to cast the most important vote in their life. Native Alaskans were not allowed to vote because most of them could not read or write in English, and while the rest of Alaskan population was trying to make a sense of what was happening to them, the U.S. Government encouraged the 41,000 U.S. Military Personnel and 36,000 of age their dependents “to help Alaskans” and vote “yes” on statehood.

4. How you do think the recent declaration of the Lakota Nation by the Lakota tribe might affect your plan to be placed on the list of "non-self governing territories"?

While the colonies in South America, Asia and Africa attained their freedom, people and tribes in North America are still struggling for Independence. But times are changing and people who had suffered the injustice by the North American colonial masters are making their voice heard. Considering the past American history we do not expect a quick and easy solution coming from Washington DC, and this is why we are prepared to use non-violent means to achieve our goals - to request an International Inquiry as to the illegal “statehood vote” of August 26, 1958 and a free vote for Alaskans to determine their own future.

5. Can you explain exactly what is a non-self governing territory and how this will lead to independence?

The colonized territories previously claimed by UN Signatory Nations and lately being supervised by UN Member-State, had been given a legal status as Trusts or as Non–Self-Governing Territories. Since native population did not have the necessary political and administrative institutions in place to govern the land, the colonizing powers or trusties had to provide the services to local population. In due time, as the local population progresses itself into a functional society, demonstrating ability of self-governance, the Trusties were obligated to assure the people would decide on their own form of government. AIP would expect, and United Nation rules mandate, the U.S. Government to facilitate the vote as:

1) Remain a Territory.
2) Become a separate and Independent Nation.
3) Accept Commonwealth status.
4) Become a State
The U.S. Government did not act in good faith and thus steered the whole process in one direction only – to retain Alaska as a part of the Union.

The people of Alaska are "masters in their own house" and entitled to decide on their own future. Considering the availability of our natural resources and unique character of Alaskans, complete Independence would be the best logical outcome. We have a great respect for U.S. Constitution, most Alaskans see it as divinely inspired document and would like to keep as the Law of the Land. AIP would oppose any oppressive form of taxation and all the expenditures would be legislated locally in correlation with the Nation’s revenues.

7. Do you foresee conducting relations with other countries independently?

As stated in Burlington Declaration, a document adopted during 2006 First North America Secessionist Convention: “Nations once independent should engage in peace, commerce, good will and honest friendship with all nations.” We are prepared to keep good working relations with U.S., while developing strong commercial ties with our neighbors: Canada, Russia, Japan and China. Commerce and Free Trade is one of the hallmarks of a sovereign Nation.

8. What reaction have you had from the two major parties and their leaders?

They often attempt to marginalize or ignore us. However, they also often appeal to our members for support. Overall, however, AIP is widely respected and our history is well known.

9. Can you elaborate on the reference made to a "certain political elite"?

For example..."During 2nd North American Secessionist Convention in 2007 the following truths have been agreed upon: (excerpt)
2. The privileges, monopolies, and powers that private corporations have won from government threaten everyone's health, prosperity, and liberty, and have already killed American self, government by the people.

3. The power of corporations endangers liberty as much as government power, especially when they are combined as in the American Empire.
Today American politicians in Washington DC, instead of representing the interest of American people, are promoting the interests of greedy International Corporations. This is why we believe the power must rest in the hands of the people and not with corrupt Washington DC “elite."

10. Can you familiarize our readers with the international laws you are relying upon to pursue your claims?

General Assembly Resolution 637, 16 December, 1952, (VII), considering the Right of people’s for self- Determination and a basic Human Right makes it clear: “3. The States Members of the United Nations responsible for the administration of Non-Self-Governing and Trust Territories shall take the practical steps, pending the realization of the right of self-determination and in preparation thereof, to ensure the direct participation of the indigenous populations in the legislative and executive organs of government of those territories, and to prepare them for complete self-government or independence”.

11. As you have presented your case to the UN, have you had any response as of yet from them or the international community?

Just when Mr. Vogler had letter in hand confirming UN sponsor contact, he was kidnapped and murdered. We start again.

12. Can you expand upon the official statement which alluded to the United States and the theft of natural resources in Alaska?

The AIP founder Mr. Joseph E. Vogler, described the situation the best: “An Alaskan economy (except for oil and government employment, financed by oil royalties and taxes) is practically non-existent. We are not allowed to process our oil before exporting it to the United States, and as mentioned before, they have the audacity to openly state that, ‘the production of Alaska's resources will create a great many jobs in other states, where they will be taken for manufacture and distribution.’ Alaska is nothing more than a colonial warehouse of natural resources to fuel the factories of the United States”. Today the situation remains pretty much the same.

13. What will become of US military assets or bases located in Alaska?

As an Independent Nation, and, with the understanding of the strategic location of Alaska, it would serve Alaskan interests to maintain a U.S. presence. The military have been good neighbors. However, as a sovereign nation, Alaska could broker the leasing of the land and air space reserved for military installations and set the requirements for environmental responsibility in the use of that land. We would also insist that all environmental damage as a result of past military activities be comprehensibly addressed and remedied.

14. What reaction if any have you had from the US government about secession plans?

None. Which leads one to believe either AIP is correct, or we're all under surveillance!