Alan Greenspan, the former chairman of the US Federal Reserve System, is certain that it is nearly impossible to rapidly retrieve the economic growth in the USA. 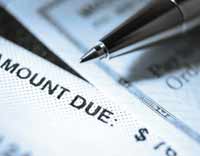 “As of right now US economic growth is at zero. We are at stall speed,” Greenspan said during an investment conference in Saudi Arabia. According to Greenspan, the US recession may last longer than expected against such a background.

Wall Street giants – Goldman Sachs and Merrill Lynch – share a similar point of view. Experts of both firms say that the US economy will continue to decline in 2008. According to estimates from the FRS, the growth in 2008 will make up from 1.3 to 2 percent.

The forecasts published last week were 0.5 percent lower than the previous estimates from the FRS. The gloomy estimates were formed due to the reduction of real estate prices, fluctuating financial markets, high oil prices and reduced bank lending.

Greenspan also said that the prices on oil would continue to grow. Last week they set a new all-time record as they reached the level of 101 dollars per barrel. The situation on the US mortgage market will also continue to worsen, Greenspan said.

According to the National Association of Realtors, real estate prices dropped by 4.6 percent to 201 dollars, whereas prices on goods and services increased.

It brings up the idea that Americans will not be able to spend more to support the biggest economy in the world. On the other hand, the increasing globalization of trade may compensate the abrupt reduction of consumer spending and “facilitate the absorption of shocks in the US,” Greenspan said.

Alan Greenspan is an American economist and from 1987 to 2006 chairman of the Board of Governors of the Federal Reserve of the United States. He currently works as a private advisor, making speeches and providing consulting for firms through his company, Greenspan Associates LLC.

First appointed Fed chairman by President Ronald Reagan in August 1987, he was reappointed at successive four-year intervals until retiring after a record-setting tenure on January 31, 2006, at which time he relinquished the chairmanship to Ben Bernanke. Greenspan was lauded for his handling of the Black Monday stock market crash that occurred very shortly after he first became chairman, as well as for his stewardship of the Internet-driven, "dot-com" economic boom of the 1990s. This expansion culminated in a stock market bubble burst in March 2000 followed by a recession beginning in late 2000 and continuing through 2002.

From 2001 until his retirement from the Fed, he was increasingly criticized for some statements seen as overstepping the Fed's traditional purview of monetary policy, and viewed by others as overly supportive of the policies of President George W. Bush, as well as for policies seen as leading to a housing bubble. During his tenure Greenspan was considered to be the leading authority on American domestic economic and monetary policy, and his active influence continues to this day.