Shortly after Fidel Castro announced his decision not to renew his post as President of Cuba, a wave of speculations about his successor flooded the offices of foreign governments, embassies and news agencies across the world. Two men rank high to take over: Raul Castro, Fidel’s brother and current interim leader and Carlos Lage, the country’s vice president and key officer in the administration. 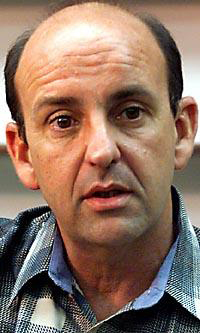 Observers believe that the end of Castro's rule _ the longest in the world for a head of government _ frees his 76-year-old brother Raul to implement reforms he has hinted at since taking over as acting president when Fidel Castro fell ill in July 2006. However, many others see in Lage the eventual leader as he developed a close relationship with the Fidel.

Analysts and former ambassadors to Havana say that Lage is even better positioned than Raul to rule the Island, but do not see significant changes there in the short run. As for Raul, these sources believe he will keep control of the army, but the administration will be handled by Lage.

Mr. Lage has been very active in foreign issues since Castro fell ill. He toured Latin America many times as well as visited countries in Europe. Lage has attended inauguration ceremonies in Venezuela, Nicaragua, Argentina and Ecuador, on behalf of Castro.

Castro temporarily ceded his powers to his brother on July 31, 2006, when he announced that he had undergone intestinal surgery. Since then, the elder Castro has not been seen in public, appearing only sporadically in official photographs and videotapes and publishing dense essays about mostly international themes.

Third in the succession line is Cuban Foreign Minister, Felipe Perez Roque, a 40-year-old prominent member of the Communist Party. “Perez Roque has an extraordinary career ahead, but he is still very young to give the blow now”, analysts coincide.

Castro remains a member of parliament and is likely to be elected to the 31-member Council of State on Sunday, though he will no longer be its president. Raul Castro's wife, Vilma Espin, maintained her council seat until her death last year even though she was too sick to attend meetings for many months.

As news about Fidel Castro’s became public, world leaders expressed their views about the transition in the Communist Caribbean Island. US President George W. Bush, traveling in Rwanda, pledged to "help the people of Cuba realize the blessings of liberty."

France , in turn, expressed its hopes of “a new way for Cuba” and ”the development of democracy”. French State Secretary for European Affairs, Jean-Pierre Jouyet said that Castro’s regime was “a symbol of totalitarian rule”.