Russia refused to sign a new four-year player agreement regulating transfers from Europe to the NHL. 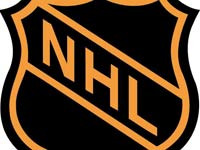 The Russian federation refused to sign because it wants the NHL to honor its league contracts. All other International Ice Hockey Federation member associations ratified the agreement by the Tuesday midnight deadline.

NHL clubs are forbidden from acquiring players already under contract in Russia, but can take free agents without paying compensation. However, Russian players can easily break their contracts, freeing them to sign with an NHL team.

The IIHF and the NHL have had agreements in place for the past 12 years, and the most recent two-year agreement did not include Russia.

The new agreement runs until the 2010-11 season, and includes an annual development fee paid by the NHL to the IIHF. The money will then be distributed by the IIHF to the national associations and their clubs.

By refusing to sign, the Russian federation will lose its players for nothing.

The agreement also includes a deadline for NHL clubs to sign players during the offseason.

About 30 percent of the NHL's players come from Europe, and between 45 and 60 players are signed from European countries each year, the AP reports.

The lack of an agreement has already resulted in several court cases on both sides of the Atlantic and is sure to spark more.

Russian teams launched law suits in U.S. courts in an attempt to block Malkin, Ovechkin and his Washington Capitals team mate Alexander Semin from playing in the NHL.

The case of Columbus Blue Jackets forward Nikolai Zherdev went all the way to the Court of Arbitration for Sport (CAS) in Switzerland after his former club, CSKA Moscow, argued he was still obliged to perform military service.

All four cases ended in favor of the player and the NHL, leaving the Russian clubs with no compensation but Tretiak said teams would not back away from further legal challenges, Reuters reports.