GamesBids.com released an update to BidIndex for the 2014 Olympic Winter Games. The original, widely acclaimed Olympic bid measurement system rates current Olympic bids against successful past bids to determine their likeliness for success. This most recent update includes data from the bid books submitted to the International Olympic Committee in January and from the IOC evaluation visits in February and March, as well as other changes in the campaigns of the three cities. 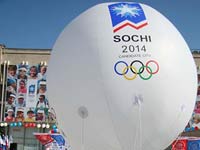 Salzburg had dropped from top spot, a position it has held since the start of the race. The Austrian city is now second with a BidIndex of 63.93, down 1.42 points since the last update. While offering a technically excellent bid, Salzburg has had leadership issues that could be perceived as a weakness by the IOC. There is also limited legacy potential and an impression of indifference in the national population.

PyeongChang, Korea now boasts the top BidIndex score of 64.90, up 2.89 and 4.85 higher than its final BidIndex score for the 2010 bid. A vastly improved transportation and venue plan including the Alpensia resort already under construction that would host several sports, Athletes’ Village, Olympic Stadium and IOC accommodations helped boost the bid’s standing. A huge legacy potential and IOC observed enthusiasm further buoyed the score.

Sochi drops to third with a BidIndex of 60.95, down 2.03. While Sochi’s proposed plan is impressive, the IOC is concerned with the large amount of construction required and has identified this as a risk. Also recent negative incidents at a ski venue, including a fatal accident, may cast some additional doubts.

The scores remain very close moving into the final phase of the bid. Scores over 60 indicate that the associated bid has what it takes to get several IOC votes.

On June 4, the IOC will release their evaluation reports that will detail their findings and then the final vote to select the winner will be July 4, 2007. BidIndex will be further updated to reflect changes in the campaign.

BidIndex breaks up a bid into over 100 fundamental components then determines how much of a factor each has been in past successful bids. The more important a component is, the higher the weighting it receives in the scoring model. The formula is then applied to current campaigns to determine a score.

The 2014 bid marks the fourth installment of BidIndex - measuring the acceptability of bids since the 2008 campaign.