Russian tennis star Anastacia Myskina acknowledged that she wanted to have a baby. The statement released by one of the most talented tennis players in the world means that Russia can lose Myskina in sport for several years. 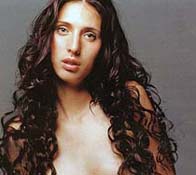 In her interview with the Tvoy Den (Your Day) newspaper, Anastasia Myskina said that she wanted to have a baby, but had not found the right man to help her fulfill her maternal wish. Myskina shared another secret of her private life and said that she had feelings towards a US athlete, James Blake. No one has been able to ask Blake’s opinion on the matter yet.

Anastasia Myskina rejected the rumours about her love affair with Russian hockey player Alexander Stepanov. “I know that many were talking about my relationship with Alexander Stepanov. However, we are only friends. I love hockey, I’m a fan of Ak Bars hockey team. There were also rumours about my affair with Australian tennis player Jurgen Melzer. He is also a good friend of mine, nothing more,” Myskina said.

Anastasia Myskina will not be able to play tennis for at least two more weeks. “I have had terrible pains in the right foot for a month already. Before the US Open started doctors recommended to change tennis shoes to relieve the pain. I took the advice seriously and I lost,” the tennis star told the newspaper.

“There is a good side to it on the one hand. I can take a break and spend time with my relatives and friends. On the other hand, I need to maintain my sports shape. I am flying to Austria soon for repeated medical examination and then I am returning to Moscow to cheer on our athletes during Davis Cup,” Anastasia Myskina said. “I hope I can recover completely for the Kremlin Cup. I need to perform well to improve my statistics during the season. However, I will not be upset if I lose,” said she.