Fernando Santos is well known in the international football world, having led Greece to a very respectable last 16 (and nearly last 8) position in the FIFA World Cup Finals in Brazil. He takes over now as Head Coach of Portugal after the departure of Paulo Bento, due to a disappointing World Cup and a bad start to the Euro 2016 qualifyers. 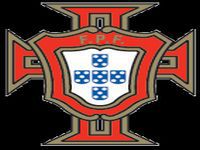 His challenge in Portugal will be to take a talented group of individual players, who are high wage earners and who have millionaire contracts with their clubs and many of them, ties to the same agent, turn them into a team which plays with more humility and determination, selflessly and with some pride for their shirt, and slam his fist on the table every time there is interference from any influences outside his managerial team, for instance from people in the Portuguese Football Federation or agents.