Europa League: Benfica and Sevilla ahead

Benfica beat Juventus 2-1 in Lisbon and now has to travel to Turin to defend the result and stop Juve playing at home in the Europa League final which will be against Sevilla or Valencia. The all-Spanish game ended in a 2-0 victory for Sevilla. 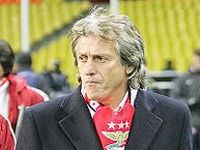 Juventus showed some flashes of what Benfica might have to expect in Turin: in their ball possession of 58% against Benfica's 42%, Juve had 10 shots, 5 on target, against Benfica's 8 (2 on) and 6 corners against the home team's three. Nevertheless, the onus is on Juve to score at least one goal, otherwise, with a clean sheet, Benfica plays in the final.

Sevilla gave possession to Valencia (41% against 59%), had 13 shots ahgainst Valencia's 12, five on target against 3, two goals. Valencia had five corners to Sevilla's 4.

Karem Benzema, Real Madrid. One goal to take back to Bayern Munich where Pep Guardiola awaits revenge, saying his side must improve. But where has Bayern been in recent weeks, if not on the down side and sliding?

After 19 minutes the lid lifted off Santiago Bernabeu Stadium when Karem Benzema scored the opener and only goal of the game for Real Madrid against Bayern Munich, managed by Pep Guardiola, ex- Barcelona. Ancelotti gave away ball possession, having 36% against Bayern's 64%, 9 shots (7 on) against 16 (11 on), while Bayern had 6 shots blocked against Real's 2 and fifteen corners to 3.

If Bayern does this back in Germany...