Zenit back on top

André Villas-Boas sees his Zenit St. Petersburg back on top of the Russian Premier League after beating Krasnodar 4-1, while main rivals Lokomotiv could do no better than a home goalless draw against Anzhi Makhachkala. The English Premiership looks set to go to the wire, while in Spain Barça slipped up. 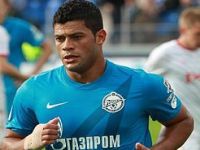 Zenit is top with 53 points after beating Krasnodar 4-1. Lokomotiv Moskva is a point behind (0-0 at home with Anzhi) and CSKA Moskva is third with 49 points, after beating Ural 1-0 in Moscow.

Both Madrid teams took advantage of Barcelona's 1-0 defeat in Granada, Atlético beating Getafe away 2-0 and Real Madrid thumping Almeria 4-0. Atlético is top with 82 points, three ahead of Real, while Barça has 78.

Liverpool, Chelsea or City? Liverpool beat Manchester City 3-2 and head the Premiership with 77 points. Chelsea are just two points behind after winning at Swansea 1-0. City have two games in hand but must visit fourth-placed Everton, while Chelsea have to travel to Anfield Road, Liverpool's home.

Bayern, champions of Germany already, seem to have set their sights on the Champions League. In the Bundesliga this weekend they lost 3-0 at home with Dortmund, while Schalke beat Eintracht Frankfurt 2-0. Bayern has 78 points, Borussia Dortmund has 61 and Schalke, 58.

Wins for the top three in Italy's Serie A. Juventus  has 87 points after beating Livorno 2-0; Roma has 79 after beating Atalanta 3-1 and Napoli's 4-2 win against Lazio sees the Southern team on 67.

No change at the top, but Paris Saint-Germain dropped three points after the difficult trip to Chelsea in mid-week. PSG has 79 points after the away defeat at Lyon (1-0), ten points more than AS Monaco FC, 1-0 winners away in Rennes, while LOSC Lille are third, after beating Valenciennes 1-0.

Barring a total collapse, Benfica seems to have the Portuguese Premier League in the bag with three matches remaining, the last one at FC Porto's stadium. Benfica won away at Arouca and has 70 points. Sporting CP beat Gil Vicente in Lisbon 2-0 and has 63 points. FC Porto, in the most disappointing season in years, is third with 55 points but had a good win away at Braga 3-1.

Fenerbahçe (66 points) leads the Turkish league. Besiktas JK jumps over Galatasaray AS and has one point more, 54.

In Azerbaijan, after 30 games the Championship is led by Qarabag with 67 points, Inter Baki PIK is second, with 54 points. Neftci PFK is third, also with 54.