Speaking to a group of radio stations in Brazil, the president of Embratur highlighted the financial returns that the Confederations Cup gave to Brazil 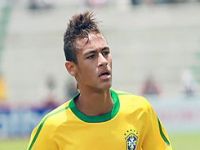 The president of Embratur (Brazilian Tourism Institute), Flávio Dino, participated yesterday morning in a radio program called Brasil em Pauta in which he discussed the impact of major events in the economy".

A study by Embratur showed that tourism had a far greater impact than anticipated," said Dino. There were 16 football games in two weeks for the Confederations Cup in 2013, which eventually crowned the champion Brazil. But for the tourism economy of Brazil, the result was a turnover of 250 million euros, or 329 million USD, which includes income from hotels, food away from home, among others.

Spending by tourists - Brazilians and foreigners - was estimated by Embratur at 110 million euros (145m. USD), while FIFA projected the spending of the national teams and delegations was around 24 million euros (31.5m. USD). The indirect effect on the economy was 118 million euros (155m. USD), according to estimates by Embratur.

"This is important because a return is immediate and goes straight into the pocket of the entrepreneur in the long chain associated to tourism," said the president of Embratur, during the interview. "The long-term return is the main picture, since the name and attributes of Brazil are reported worldwide during the period of mega-events."

Dino also spoke to local radio stations, stating that with regard to visibility, the final of the Confederations Cup in 2013 hit a record television audience of the competition, according to data released by FIFA. The match between the teams of Brazil and Spain was seen by 69.3 million people in 10 major television markets in the world - such as Germany, China, France and the United States, among others.

"From the point of view of promoting international tourism in Brazil, this is a spectacular gain, which would be achieved only with a very massive investment of resources in television advertising in those markets," says the president of Embratur, Flavio Dino. He recalls that, in addition to information about the stadiums and the reports before and after the game, made by over 3000 accredited journalists, before the game a movie was shown with the main tourist attractions of Rio de Janeiro.

Press trips
Embratur took 15 days for the Confederations Cup to promote scripts associated with the host cities of the championship - and now the World Cup. "As the competition will cover all regions of Brazil, is an excellent opportunity to showcase the full range of destinations in the country", said Dino.

Therefore, there were four press trips to present 13 journalists from nine countries, the structures of the stadiums of the host cities of the FIFA Confederations Cup (2013) and the World Cup 2014, the attractions of ecotourism, culture and natural beauty for each region of Brazil.

About Tourism in Brazil
With a pleasant tropical climate, beaches and lush forests, rich culture and a fascinating lifestyle, Brazil is one of the most attractive countries to visit today, being an affordable option for a trip for two, a family or business. Brazil will host the two most important sporting events of the decade - the FIFA World Cup Brazil 2014 and the Olympic and Paralympic Games 2016 - which makes this the ideal time to plan your first visit or a return to the country. Visit www.braziltour.com and join Brazil's official page on Facebook, www.facebook.com / visitbrasil.