FC Porto has celebrated many victories under the stewardship of President Pinto da Costa but very few of them have been as precious as the Championship of the Portuguese Primeira Liga in 2012-2013, when Benfica entered the last three games four points ahead. A lesson to be learnt for all... 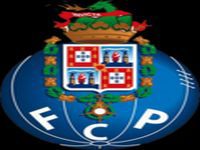 Under this caliber of management, arguably the best sports management on a planetary scale, it comes as no surprise that a manager such as Vítor Pereira, hitherto unknown in international football, springs to attention having won two consecutive Portuguese Championships (and one under André Villas-Boas as Deputy Manager), having also taken FC Porto to the last 16 of the Champions League (arguably an unlucky elimination with Málaga).

The season 2012/2013 has a special flavor of victory for FC Porto. Three games from the end of the season, arch-rivals SL Benfica from Lisbon were unbeaten, 4 points ahead with two home games to play and one away game at FC Porto. Some fans had already booked a Championship celebration at the Marquês de Pombal statue in central Lisbon.

However, 4 points ahead of FC Porto, also unbeaten, with an away game at FC Porto spells a message: "unfinished business" and especially so with a club like FC Porto which is a factory of successful players (for example, Mário Jardel, Paulo Ferreira, Deco, Ricardo Carvalho, Jorge Costa, Ricardo Quaresma, to name just a few). FC Porto also launched Mourinho and Villas-Boas.

Benfica got just four points from the last three games, FC Porto got nine. In the last game of the season, Benfica sent Moreirense into the second tier of Portuguese football with a 3-1 victory at home, while FC Porto went to the third-placed club, Paços de Ferreira, and won 2-0.

Moral of the story? Don't celebrate victory before the final whistle. FC Porto ends the 2012-2013 season with the Portuguese Championship; Benfica has lost the championship, lost the Europa League (despite a brilliant performance against Chelsea, victim of a world-class headed goal) yet has booked a place in the Portuguese Cup Final against Guimarães.

Why the turn-around in the last three games? For a start, a four-point difference above FC Porto, unbeaten, with a game to play in Porto's Estádio do Dragão, is hardly a comfortable buffer. Secondly, despite playing excellent football this season, SL Benfica's performances showed a tired team, somewhat lucky, in the last league games (particularly against arch-rivals Sporting CP) and the two Europa League semi-final games against Fenerbahçe took their toll on a tiring squad. Too much football? What about the English Premier League, where teams regularly have two to three games a week?

Not enough players? Benfica may be a good example of the quandary soccer clubs are facing these days: it has a stable financial situation, a manageable portfolio of liabilities, a good manager in Jorge Jesus (who could be a little less arrogant), yet when faced with success (fighting on three fronts) sees its assets stretched beyond repair.

Yet there is FC Porto, a smaller club, managing its finances, buying excellent players cheap and selling them for a just price, winning trophies, and building teams. Nobody saw FC Porto tired when they were winning multiple competitions in the last thirty years, including international trophies.

At the end of the day, as in soccer we say, it is a question of management. Congratulations, yet again, Mr. Pinto da Costa! A consolation for Benfica: congratulations also on building an excellent team for the future, if indeed the team and manager stay together.