"Sochi 2014" is famous worldwide, evoking many expectations. This unique city, a beautiful spa located in Krasnodar Krai, stretches about 145 kilometres along the Black Sea coast of the Caucasus. It is Russia's only humid, subtropical zone, where visitors can see palm trees and other exotic plants, commonly not seen in the Russian Federation, other than in the glass houses of botanical gardens. 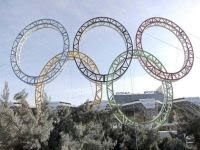 Sochi is attractive at any time of the year. Picturesque landscapes and exquisite architecture are waiting, as well as sun-bathed beaches, as far as the eye can see. Regular flights from Moscow and other Russian cities serve the beautiful Black Sea coast. Regular trains also run between many cities of Russia, including Moscow, and Sochi.

With nearly 400.000 inhabitants, Sochi is Russia's largest resort city. It was founded in 1838, and colonized by Armenians, Belorussians and Russians. In 1878, the first Russian Orthodox church was built, Saint Michael's Church. In February 1890.  The construction of the Sochi lighthouse followed.

Around the turn of the century, Sochi became a very popular sea resort, because Tsar Nicolas II and his family had a summer residence there. Famous Russian artists, poets and singers liked to spend their summers in Sochi, for example the poet Vladimir Mayakovsky and the singer Fyodor Chaliapin.

Sochi's popularity continued in Soviet times, with many hotels, restaurants and cafés built during this period. Joseph Stalin owned a dacha in Sochi, today a museum. The leader's wax statue is its main attraction. During Joseph Stalin's time, many imposing neo-classical buildings were erected in the resort, for example the Rodina and Ordzhonikidze Sanatoriums.

The Sochi Art Museum also dates back to that epoch, built in 1939, according to the neo-classical design of Ivan Zholtovsky. The Winter Theatre, constructed between 1934 and 1937, is another neo-classical edifice, surrounded by 88 Corinthian columns. The statues of the ancient Greek Muses - Terpsichore, Melpomena and Thalia - were cast by Vera Mukhina.

The Railway Station, constructed in 1952, is another remarkable neo-classical building. The Maritime Passenger Terminal, finished in 1955, is notable for its 71 metre high steeple tower and four statues, symbols of the four cardinal points.

For nature lovers, there is the Arboretum, a large botanical garden with tropical trees, and the Riviera Park, founded by Vasily Khludov in 1883. It offers a variety of attractions, among them the "glade of friendship," in which all the Soviet cosmonauts planted a magnolia tree. Speaking of cosmonauts, the Town History Museum displays the Soyuz 9 capsule, which returned to Earth in June 1970, after 18 days in orbit.

A UNESCO World Heritage Site, the Caucasian Biosphere Reserve, lies to the north of Sochi. On nearly 3.000 square kilometres, it hosts over 120 lakes. About 22 percent of the reserve consists of forest, untouched by human hands, a unique place to enjoy nature, take a walk and rest.

For lovers of literature, the Sochi Pushkin Library is worth a visit. A two metre bronze sculpture of the famous Russian poet, unveiled on the 27th of May 2012, greets the visitor at the entrance. On its centenary, the impressive building underwent large-scale renovation and technical re-equipment. Modernist and neo-classical architecture, together with lavish interiors, make this building yet another landmark in the resort city. Its book collection comprises thousands of items which are accessible online as well. The Pushkin Library will host some special cultural events during the Sochi Winter Olympics in 2014.

Each summer, the city celebrates the Kinotavr Festival. In June 2012, the 23rd Festival was held with 15 film presentations. Kinotavr has become a key market for Russian domestic movie projects. "If a film has to do with Russia and will be in Russian, anyone is welcome to participate," the curator, Anna Gudkova, explained in an interview with the Voice of Russia.

In 2012, the 15 best films were chosen out of 320 applications from Belarus, Kyrgyzstan, Russia and Ukraine. The Russian productions were "I will be nearby" by Pavel Ruminov, "Teachers' Day" by Serei Mokritsky and "For Marx" by Svetlana Baskova.

Many modern buildings have sprung up in the Sochi area as well since it was chosen as the venue of the next Winter Olympics and Paralympic Games. For the 98 events in 15 sports, some impressive new structures have been erected. The Bolshoy Ice Dome can host up to 12.000 spectators for the ice hockey finals, while the Shayba Arena has been built for 7.000 spectators of ice hockey.

The skiing events are planned to take place in the Caucasus mountain cluster of Krasnaya Polyana, where some interesting new venues have been constructed, too:

Currently, the plans for power, transport and telecommunications infrastructure are being implemented. In May 2009, a five-year-plan to increase the power supply in the Sochi region was presented. According to this plan, the capacity of the regional energy network will have to be increased by two and a half times until 2014, guaranteeing a stable power supply during and after the Olympic Games.

The transportation infrastructure has been prepared to support the games with more bridges, roads and tunnels. Telecommunications in the region are also being modernized to make Sochi 2014 a truly splendid event.

The Russian President, Vladimir Putin, has a residence in Sochi and visits the Black Sea resort regularly to supervise the advancement of the construction sites. He has already held many meetings with heads of national and international commissions and institutions in the area.

When the President took a test ride on the new 48 kilometre high-speed railway from Sochi to Krasnaya Polyana in December 2012, he pointed out that over 80 percent of Russia's expenditure on the Sochi Olympics will improve the infrastructure to serve the local tourist industry, as well as Sochi's citizens in the future.

The new high-speed rail service will become regular in April this year, with a capacity of 8.500 passengers an hour. A parallel motor road will be capable of carrying 11.500 people per hour. President Putin also inspected the new railway station Esto-Sadok. Russia's Railway CEO, Vladimir Yakunin, informed the President that the new line comprises nine tunnels.

During his visit in December 2012, Vladimir Putin took the time to watch the Grand Prix Figure Skating Finals in the Iceberg Skating Palace, speaking to Vitaly Mutko, the Minister of Sport and Tourism, Alexander Zhukov, Head of the Russian Olympic Committee and First Deputy Speaker of the State Duma, as well as various IOC members, leaders of the International Skating Union and Russian figure skating coaches.

The President also visited the Gornaya Karusel mountain ski and tourist resort, a media village with hotels offering over 2.000 rooms. Later, he watched work in progress at the Krasnaya Polyana railway station, where construction shall be completed in two months. The station will handle about 8.500 passengers per hour during peak times.

President Putin went on to see the Roza Khutor centre, which will host the World Alpine Skiing Championship finals in March, and the Sanki luge facility, whose 1.814 metre bobsleigh and luge track comprises five start positions and 17 bends. The last stop on the inspection tour was the Chronometric Centre. It collects all track data, including speed measurements from all of the video cameras and control data sensors.

About 80 percent of the work has been completed on the overall 800 Olympic facilities. During the final meeting with heads of the Olympic Committee, President Putin told them that Russia will "do everything to ensure that the facilities are ready on time, meeting the necessary quality standards and taking the necessary safety measures."