It's started! The January transfer window is open and the frenzy has begun with the pens scorching the cheque books as the soccer funds, agents, free agents, chairpersons, managers and players perform another round of musical chairs, bolstering tired squads, shoring up defences, boosting midfields and fuelling attacks. 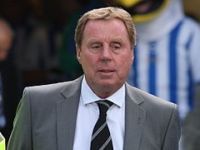 In the Premiership the first big signing is Daniel Sturridge, 23, who is set to move from Chelsea FC to Liverpool FC for an undisclosed fee, but some say it is close to 12 million GBP. Chelsea, who have just lost to bottom club Queen's Park Rangers, where Happy Redknapp is already waving his magic wand, are also hot on the trail of Newcastle United's hot striker, the giant Demba Ba, 27. Peter Odemwingie, 31, West Bromwich Albion forward player, is rumoured to be Ba's substitute as Newcastle manager Alan Pardew completes the deal.

Theo Walcott is reported to be signing a renewed contract with Arsenal FC while arch rivals may be on the verge of making a double scoop for Brazilian striking duo Willian, 24, from Shakhtar Donetsk and Leandro Damião, 23, from Internacional. The duo would join Redknapp's replacement at Tottenham Hotspur, André Villas-Boas.

Redknapp, now at QPR and starting to pull the side together and put together some good performances, one of which was Wednesday night's packed defence and strike at Chelsea which saw Rangers beat its hugely richer London neighbor at Stamford Bridge and grab all three points. Redknapp is eyeing former Chelsea midfielder Joe Cole, 31, now at Liverpool.

Elsewhere in Europe, Brazilian striker Robinho, 28, seems set to leave AC Milan, heading for Santos in a deal worth over a million EURO per month and a few of some 6.5 million EURO. German club Augsburg are to receive Ji Dong-won, 21, from Sunderland, a striker on loan until the end of the season and Spain's Sevilla has offered FK Vojvodina (Serbia) a million EURO for the Bosniam midfield player Miroslav Stevanovic, 22.