Shakhtar Donetsk, fourteen points clear, goals scored 45, goals suffered six, goal difference 39, 15 games played, fifteen victories, forty-five points. This year Shakhtar is playing in a league of its own. Elsewhere, the historic teams seem to be reclaiming their places on the podia. 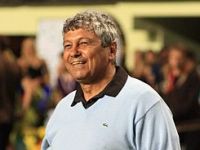 Eleven games into La Liga, it's Barça followed by two Madrid clubs, this time Atlético 5 points ahead of José Mourinho's Real. Eleven goals were scored in the three games involving the leaders - Barcelona won 4-2 at Mallorca (two from Messi);  Atlético beat Getafe 2-0 in Madrid and Real beat Levante 2-1 away in Valencia, the first from Cristiano Ronaldo, playing with a gashed left eye. Barcelona has 31 points, Atlético 28 and Real Madrid 23. Serie A 11 games

Bayern Munich is pulling ahead already after 11 games, on 30 points, while Schalke 04 (23), 2-1 winner at home over Bremen, remains seven points behind. Eintracht (20) did themselves no favours by losing at Bayern, 2-0.

Draws for the top three, maintaining PSG ahead on 23 points, equal with Marseille and Olympique Lyonnais third on 22 points. Marseille drew 2-2 at home with Nice; Lyon drew 1-1 at Sochaux in Montbeliard and PSG drew 1-1 at Montpellier. There follows a pack one point behind Lyon. Ligue 1 is anyone's for the taking.

CSKA Moskva (36), Zenit St. Petersburg (33) and Anzhi Makhachkala (33). CSKA stays ahead with a 3-1 win at Kuban in Krasnodar, Anzhi came away from Lokomotiv Moskva with a 1-1 draw and Zenit leapfrogs over them with three points at Volga (2-1).

FC Porto (23 points) ahead of Benfica on goal difference, Braga in third place (17 points) after going down 1-0 at Sporting CP in Lisbon. FC Porto received and beat Académica (Coimbra) 2-1 and Benfica won 1-0 at Rio Ave.