As predicted in this column three days ago, Roy Hodgson has been appointed manager of the England national soccer team. But why Roy Hodgson when the fans were backing Tottenham Hotspur coach Harry Redknapp? In two words, the answer has to be international experience. 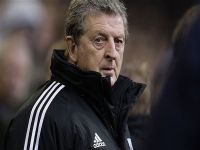 While Harry Redknapp has proven that he can motivate teams and produce excellent results out of what had appeared to be mediocre players and clubs, his management experience is restricted to the English south coast (Bournemouth, 1983-1992; Portsmouth, 2002-2004 and 2005-2008; Southampton 2004-2005) and London (West Ham United 1994-2001 and Tottenham Hotspur 2008-present).

It is Hodgson's management career, however, that marks the difference: 19 appointments including, now, four national teams (Switzerland, United Arab Emirates, Finland and now England) and 16 club appointments involving fifteen different clubs in eight countries and two continents. Three, if we include Transvaal. He also has experience at motivating national teams to good performances in tournaments.

His management career started as soon as he finished playing (at Carshalton Athletic) with a contract at Halmstads BK (Sweden) from 1976-1980, a club which he saved from relegation to the second division and won the Swedish Championship in his first year (1976) and again in 1979 before moving to Bristol City (England). From 1980 to 1982 he stayed at the club as assistant manager then as manager, without success due to the club's poor financial position and in 1982 he moved back to Sweden, managing Oddevold (1982), Orebro (1983-1984) and then Malmo (1985-1989). There ensued five league championships (consecutive) and two Swedish Championships (separate competition) and two Swedish Cups.

In 1990, refusing a lifetime contract at Malmo, he moved to Switzerland to coach Neuchatel Xamax until 1992, when he took over the Swiss National Team, turning it into the third best national team in the world under his guidance. No mean achievement. He got Switzerland to the World Cup Finals in 1994 for the first time in nearly thirty years (1996 World Cup in England) and passed to the second round, losing against Spain and qualified for the UEFA Finals two years later (1996), leaving after qualification in 1995 to concentrate on the job he had already started at Internazionale Milano (1995-1997).

Rebuilding the team, he qualified twice for the UEFA Cup and in his second season led Inter to the final (where they lost against German side Schalke 04. In 1997 he spent a year at Blackburn Rovers, a team which he inherited in mid-table and took them to sixth and the UEFA Cup in his first season. He was sacked early in the second after a poor start which he blamed on injuries.

In 1999, he took over at Inter again as caretaker manager and then back in Switzerland, Grasshopper (1999-2000) then to Denmark. FC Copenhagen (2000-2001). One year, two trophies: Danish Superliga and Danish Super Cup. Missing out on being called to manage Austria and England (before Eriksson) he then went back to Italy to lowly Udinese (2001). Without results, he was sacked.

From there, he spent two years as manager of the United Arab Emirates national team, then a year in Norway with Viking, and from 2006-2007, was Finland National Team manager. Narrowly missing qualification (it would have been Finland's first) at the Euro 2008, he decided to leave voluntarily and moved to Fulham in the English Premier League (2007-2010), where he led the small London club to its highest ever League position - seventh and Europa League soccer - indeed reaching the final in 2010, being beaten by Atlético Madrid.

Voted LMA Manager of the Year 2010, he moved on to Liverpool FC where he spent a miserable six months beset by player power problems (bootroom tantrums from spoilt brats) and from there, appointment at West Bromwich Albion ensured success- remaining in the Premier League in the first season and as he leaves, WBA is set to enjoy a third successive year in the Premier League for the first time.

For those who deride Hodgson as an under-achiever, it would be good to do a little homework. Apart from his footballing success, he also speaks fluent English, Norwegian, Swedish, Italian, German and is proficient in Finnish, Danish and French.

Thirteen trophies and two finals is hardly a meagre record.