England has a manager

The English FA is set to appoint Roy Hodgson as England manager, to succeed Fabio Capello and not Tottenham's Harry Redknapp, as expected. Hodgson's greater experience in Europe and his organisation skills at tournament level are believed to be the main reasons behind the FA's decision. Dortmund, FC Porto and Zenit are already champions. 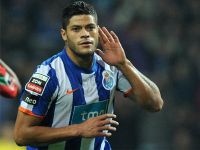 City versus United on Monday night did not solve much because there are two games more to play. Kompany placed City in first place with a winning goal on 45+1, however City have to go to Newcastle and receive lowly Queen's Park Rangers, while United receive Swansea and then travel to Sunderland for the last game.

Arsenal retains third place with a 1-1 draw at Stoke City, four points clear of Tottenham, extremely irregular in recent weeks but with a game in hand. Tottenham got the third win in eleven games - a 2-0 win against Blackburn Rovers.

Chelsea received West London rivals QPR and dealt a heavy blow to their hopes of survival, equal on points with the third-from-bottom team, Bolton Wanderers. The 6-1 whipping included a Torres hat-trick.

Wigan defied its status three points clear of the relegation zone with a 4-0 thrashing of Newcastle United, a performance more befitting of the front runners. Everton keep a two-point distance over arch rivals Liverpool with a 4-0 win against Fulham. Liverpool won 3-0 at Norwich City, a team which seems to have run out of steam in recent weeks.

Real started preparing the Championship party with an early 3-0 demolishing of Sevilla but Barcelona answered with a 7-0 away thrashing of Rayo Vallecano, in Madrid. Messi and Cristiano Ronaldo share the top spot with 43 league goals apiece.

In the other games at the top, Málaga beat Valencia 1-0 and moves up to fourth place, equal on points while Valencia's rivals Levante beat Granada 3-1 and are three points behind. Europa League finalists Atlético Madrid drew 2-2 at Betis, Athletic Bilbao went down 2-0 at Zaragoza.

Italian Serie A after 35 games

Four games to go, Montpellier further ahead at the front after a 1-0 win at Toulouse, while PSG lost 2-1 at Lille, now two points behind. Rennes continued a good final sprint with another victory, against Ajaccio 3-1. Lyon beat Lorient 3-2, Saint-Étienne beat Dijon 1-0.

Two games to go, FC Porto, as usual, is already the Portuguese Champion in the thirtieth year of the Presidency of Jorge Nuno Pinto da Costa, whose extraordinary management skills have made FC Porto the most successful soccer club on the planet in recent years. A 2-0 away win at Marítimo in Madeira sealed it for the Dragons while Benfica drew 2-2 away at Rio Ave. Braga continued a miserable end-of-season run with a 2-1 home defeat against Olhanense, Sporting beat their rival in the Portuguese cup final, Académica (Coimbra) 2-1 and sent the Students into the relegation zone. Guimarães went down 3-1 at Gil Vicente and Nacional came from Madeira to Setúbal to win 3-0.

Zenit is the champion as the Russian Premier League tries a new experiment: to have a Summer break. Zenit won against Duinamo Moskva 2-1; CSKA Moskva beat Spartak Moskva 2-1 whuile Anzhi beat Lokomotiv Moskva 3-1 in the three derbies among the top six. Rubin Kazan drew 1-1 with Kuban.