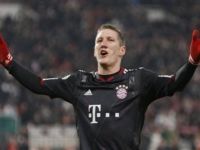 Incredible as it may seem, the final of the Champions League will not figure any Spanish team.

Chelsea FC entered the game 1-0 up but Barça whittled it down to 2-1 after 43 minutes. However, still in the first half, Ramires chipped Chelsea into a 2-2 score-line (ahead on away goals) setting up the second half for a scorching 45 minutes of football.

With Captain John Terry off after 37', Chelsea came out of the tunnel wondering what would happen. Messi hit the posts, missed a penalty...but Fernando Torres buried Barça right at the end of the game and Chelsea is in the final against Real Madrid or Bayern Munich.