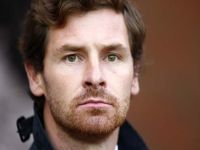 Roman Abramovich took Chelsea over in June, 2003, looking to build a successful London and English club, springing from the Premier League and conquering the world. With his millions, Chelsea have won three of their four Championship/Premiership titles, all four of their runners-up positions; 3 of their 6 FA Cups, 2 of 4 League Cups, 2 of 4 Community Shields.

Also under Abramovich, Chelsea has become a graveyard for soccer managers, namely Claudio Ranieri, José Mourinho, Avram Grant, Luiz Felipe Scolari, (Ray Wilkins, Guus Hiddink), Carlo Ancelotti, André Villas-Boas. Those in brackets were not sacked, because they were temporary replacements. Even Mourinho was sacked, despite winning two Premier League titles, two league cups, an FA Cup and a Community Shield between 2004 and 2007. Carlo Ancelotti was sacked after winning the Community Shield, Premier League and FA Cup.

And under Abramovich, certain members of the Chelsea boot room have become larger than their value to the club; fat cats who have forgotten that you may be a monster in the boot room today but after thirty, with every year that passes, you are worth less and less. It is difficult to know exactly what happened, but if Villas-Boas lost the respect of players like Lampard, Terry and Drogba, it may have been because he waltzed in at 33 announcing deep-seated changes in his three-year plan for the club.

Did he understand how to speak to them?

Another question is that Villas-Boas was the respected assistant manager to the guru, Mourinho and had proven himself in the Portuguese Premier League with FC Porto, not only internally but internationally, winning the UEFA Cup/Europa League. However, Chelsea is not FC Porto and Abramovich is not Pinto da Costa, President and boss of FC Porto for the last thirty years and the best ever sports manager in history, master-minding FC Porto to the best results worldwide in the first decade of the new millennium.

Jorge Nuno Pinto da Costa inherited a regional club fighting for supremacy in Portugal's northern city of Oporto and turned it into a world-conquering monster, constantly reinventing itself, a permanent and respected member of Champions League and Europa League competitions, a showcase for players who wish to make their name and an excellent stepping stone for football mangers. Take for example José Mourinho.

How many European Clubs star players made and created by FC Porto? Remember Futre? Fernando Couto? Drulovic? Kostadinov? Paulo Ferreira? Bosingwa, Ricardo Carvalho, Meireles, Pepe, Bruno Alves, Cissokho, Deco, Falcão, Quaresma and so on and so forth... Imagine what FC Porto could do if the club had the financial clout to retain players. The club knows how to work the transfer market, choosing the best players for the right positions at the right time and selling them exactly when they reach their peak or are passing it (e.g. Mário Jardel).

FC Porto also has an excellent school, throwing its net far and wide around northern Portugal and having an excellent team of scouts in the four corners of the planet. Underestimate FC Porto at your peril. All this is due to the expert management of President Pinto da Costa, who traditionally supports a manager in trouble rather than firing him - something he did this year to new coach Vitor Pereira (Villas-Boas' assistant), who despite an early exit from Europe has turned the club around, the result being this weekend's 3-2 away victory at Benfica, now sitting atop the Portuguese leage with more victories, less defeats, the best goal average with more goals scored and less conceded. Had Lampard, Terry and Co been at FC Porto, they would have been summoned to the President's office and read the riot act.

Conclusion: Villas-Boas fell in between the structure and support of FC Porto where his flair and tremendous potential as an excellent football coach fell on kinder ears than the hottest spot in soccer: the manager's seat at Chelsea FC. Were Pinto da Costa the President of Chelsea, he would have understood that this was a year to forget, but to plan for the future. Ten years on, there would have been several new players coming out of the football schools. That is why since 1982 FC Porto has been constructing winning teams on the international stage.

One cannot, however, blame Abramovich for being ambitious and for demanding excellence. After all, he pays for it and those who criticise him should ask where Chelsea would be without him. Back in the 1950s, with one miserable Championship medal, eternally in the shadow of Arsenal and Tottenham as London's third club.

Perhaps what Roman Abramovich does not understand is that stability, along with the iron fist, is part of the package. Like this, Chelsea will go nowhere. Certainly if I were Guardiola, I would stay put at Barça. If I were Mourinho, I would write another massive dismissal clause into my contract because Chelsea needs to know how to rebuild and that to rebuild, you need time. And until the club understands that, then it will carry on writing cheques.

Look at Ferguson at Manchester United; look at Wenger at Arsenal.

14:01
Steven Seagal to build large martial arts center near Moscow instead of children's hospital
13:15
Zelensky officially refuses to negotiate with Putin
15:08
Russian Parliament ratifies agreements about new territories
18:18
Ukraine invites NATO to join conflict with Russia directly
17:57
Zelensky won't negotiate with Russia while Putin is president
16:20
Putin signs agreements incorporating DPR, LPR, Kherson and Zaporozhye regions into Russia
15:39
Putin delivers landmark speech in the Kremlin
15:15
Lukashenko: If Europe wants it, the war may end in a few days
14:54
Ukraine and the West may force Russia to use tactical nuclear weapons
13:33
Russia to take control of entire Donetsk People's Republic within its 2014 borders
Americas
The West is losing Brazil as an ally against Russia