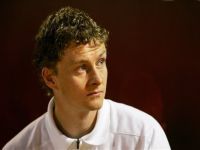 It's a soccer revolution at Paris Saint Germain - utter and complete madness in the January transfer window. Will PSG rival the terrible twins in Manchester and Milan or Spain's Real Madrid or Barcelona? Torres, Berbatov, Falcao, Tevez, Pavlyuchenko, Cavani, Llorente? And Fergie's successor at United is...?

It is a soccer revolution in the French capital, more specifically at Paris Saint Germain, the ambitious club which has hired Italian coach Carlo Ancelotti, who in turn has revealed the names the agents are presenting: Carlos Tevez, Fernando Torres, Falcão, Edinson Cavano, Fernando Llorente, Roman Pavlyuchenko, Dimitar Berbatov... are all these players going to Paris Saint Germain?

No, but the first two most probably are, according to reports confirmed by Ancelotti himself, despite the continued interest of Inter Milan in Carlos Tevez. Fernando Torres has not made the mark at Chelsea and the replacement may be Atlético striker Falcao. Rumour also has it that Ancelotti has advised Villas-Boas to sell Didier Drogba. Pavlyuchenko is once again mentioned in transfer rumours out of Tottenham and also exit-bound from the Premiership may be Andrei Arshavin from Arsenal, destination Lazio of Rome.

If Berbatov does not go to PSG, he may very well be a target for Russian Premier League side Anzhi Makhachkala, a club to which Roman Pavlyuchenko has been linked in recent weeks. Moving out of France appears to be the defender Aly Cissokho, 24, who wants to leave Lyon and may be heading to Newcastle United.

Who will succeed Ferguson?
Mourinho? Guardiola? Keane? Robson? Bruce? Hughes? Nope! It's Solskjaer, according to an interview between the Manchester Evening News and Sir Alex Ferguson, who declared that he aims to remain in charge at Old Trafford for three more years at least, until he is 73, and that the former Red Devil is ahead of the rest when it comes to choosing his successor.

Ole Gunnar Solskjaer, for Ferguson, is a front-runner because he wanted to be a manager from an early age and always prepared himself for that, taking notes in the training sessions and dedicating himself to the study of football. Having served under Ferguson as reserve team coach since he finished his playing career, the Norwegian went to his home nation and took Molde to its first-ever championship last year.