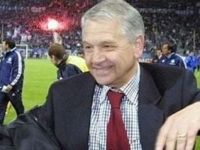 The Master Tomislav Ivic has passed on, leaving his favourite sport poorer, this Friday June 24 in the city of Split, Croatia, victim of heart disease at 77 years of age. Tomislav Ivic was one of the all time greats at soccer management, having handled 20 clubs and 4 national teams and having won 16 titles.

"In April 2007 the Italian sports daily La Gazzetta dello Sport proclaimed him as the most successful football manager in history, due to his 8 league titles won in 6 different countries".

Tomoslav Ivic is also credited with developing the modern game of soccer and had spread his considerable skills around many playing fields in many countries, namely:

Tomislav Ivic will be remembered with fondness in Portugal where he gave FC Porto 4 trophies and where he also managed Benfica.