Chelsea in lightning strike for Villas-Boas 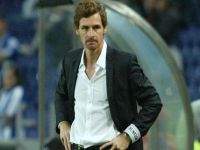 All reports indicate that the manager of FC Porto, André Villas-Boas, is set to join Chelsea FC. The move started this weekend, a fantastic offer was made to the youngest manager in the Portuguese First league in 2010-2011 and all that remains to be done is for the London club to deposit 15 million Euros in the coffers of the Portuguese champions.

The historic President of FC Porto, Jorge Nuno Pinto da Costa, stated on Sunday that he could not confirm that Villas-Boas would stay and that if the terms of the rescission clause in his contract were fulfilled, and the manager himself wished to go, then there was nothing he could do to force the winner of 4 trophies for FC Porto this season to stay.

Should the transfer be confirmed, and everything indicates that it will, it will be the highest transfer fee paid for a coach in the history of soccer, by far surpassing the 8 million Euro paid by Real Madrid to AC Milan for José Mourinho and the 6 million Euro Chelsea paid for the same to FC Porto in 2004.

However at the time of publication the position of FC Porto is that the clause has not yet been fulfilled and until it is, André Villas-Boas will stay. With Abramovich's billions...