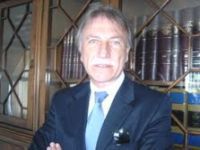 PRAVDA: Can you see Club Atlético Peñarol in the Final of America's Libertadores Cup 2011?

WELKER: Well ... at the start of this campaign and having signed a contract with Diego Aguirre, one of the goals of the Board of Peñarol was arranging a high-value team wanting to compete in any tournament in Uruguay as was the case last year and even in the Libertadores Cup, taking into consideration that the project would not be simple. For now the dream has begun, continues to make progress, the team has been gradually passing the tests that have appeared, in fact the dream became reality today after the victory against Inter of Porto Alegre, a tricky match against the champion of America in the Riverside Stadium, the crowded benches full of the fans of the home team hosts. Peñarol played a great game that night and only from then on have we started to believe that the dream could become reality and hopefully we can win our sixth Libertadores Cup.

PRAVDA: Do you remember those matches of the 1960 Libertadores? Were some more remarkable than the others?

WELKER: Not specifically ... but I do remember the very great majority turned out to be very good games because those clashes between Peñarol and Santos in the decade of the 1960s are unforgettable memories for me, the Santos of Coutinho, Pelé, Pepe, Gilmar and a few other soccer giants who played back then and Peñarol having Mazurkiewicz. Peter V. Rocha, Hector "Lito" Silva, Spencer, Juan Joya Cordero, Julio César Abadie. Wow, those were teams! They were incredible games both in Vila Belmiro and in Montevideo, or even Buenos Aires...an explosion of memories reliving those games, with packed matches, resulting in people wanting to enjoy the unique thrill of these historical games, Peñarol vs. Santos.

PRAVDA: What were the changes that Peñarol made to reach the target of such very great success?

WELKER: Well, let's see...the changes in Peñarol were many...you know a Presidency with a powerful boss like Contador José Pedro Damiani has a modern-style and different form of management and without the President always appearing on stage, the work is developed as a team which is a great help in leading the club, making sure the communication is flowing without hindrance to anyone, and that has led to major changes. Damiani recently, was suffering from problems with his health, physical problems that prevented him from developing his management, the way he deserved giving glory to Peñarol. So as we begin work on the Board of the club with his son, we have implemented fundamental changes in Peñarol, radical change ... we have developed many changes in the institution, which must continue, everything that makes the fans realize that this change is happening at the club in whatever area. Well .... in the past things were different; we had no TV yet, neither had we the  "tools" we have today.

Today reaching the final and seeing the Cup hoisted, being Champions, is our goal. We have got there and now we need to win. We're in the final, we need a victory.

PRAVDA: What is the budget of Peñarol today? The highest salary? And how much money has been raised in the Libertadores Cup 2011?

PRAVDA: Those great games of the 1960s, from Santos, the King Pelé against the fierce resistance of Ernesto "Cholo" Ledesma. I can imagine you as the coach...

WELKER:  Me? As a coach? Don't even imagine it! Our coach has drawn up for this Libertadores 2011, a scheme full of solutions suitable for any rival, and in Santos, Neymar is a great asset. I strongly suspect that he will escape any man-marking...he has enormous value and is already in the plans of Real Madrid, he's a different player to keep an eye on but I believe the coach has reviewed the matter.

PRAVDA: Let's talk about it then ... will he always have a Guardian Angel beside him?

WELKER: Sure, you can be sure about that. Wearing a Peñarol shirt, Aguirre was the player who gave us the victory goal shaking the nets in the last seconds of extra time in the final of the Libertadores 1987 against America de Cali, in Santiago de Chile ensuring our 5th Copa Libertadores, which ended up being the last.

PRAVDA: Imagine what the team feels when the players jump on the field? The welcome to the Velez was awesome, right? Could there have been a greater one? 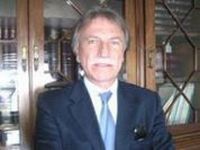 WELKER: It would be difficult to surpass that barrier. These fans for me are the best in the world and there you go... against Velez we were stunned by the welcome offered from the stands. I have never seen anything like it in my life, we were very very proud of the fans.

PRAVDA: Have you been in touch with the Board of Santos? How many tickets did they offer in Pacaembú? How many did you offer in Montevideo?

WELKER: We had planned to offer around 5,000 tickets for the fans of Santos and we had asked for the same conditions there. Osvaldo Gimenez, our Sports Manager, is negotiating this in Sao Paulo but now it is very difficult. Santos is willing to offer only 1,800 tickets... that will let our fans down because ten to twelve thousand had wanted to travel to the final match in São Paulo. For now we are "fighting" still wondering what is the largest amount of tickets that they could provide for us.

PRAVDA: Do you see Peñarol as champion?
WELKER: I see Peñarol as Champion ... yes we have great confidence in the group of players, it's made up of already mature men, very professional, they will do everything on the field because they also know it's a record-winning team and are aware of what lies ahead for great players. We have to respect them...but my feeling is very high as regards winning the 6th Libertadores Cup.

PRAVDA: Thanks for the report but before that a farewell message to the readers of newspaper Pravda.Ru.

WELKER: Sure ... In a few days we will have a final game between historic teams which remind us of those great matches of the 1960s, a golden age of South American football and we have the chance to monitor what happens in the media and hopefully it will be a peaceful game and a party for football ... that is what the heart of Peñarol wishes most deeply.