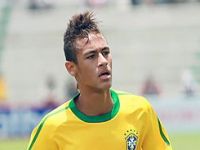 Roman Abramovich is set to open his purse strings again, shelling out 30 million pounds for Brazilian striker Neymar. Is the nineteen-year-old to form an 80 million-pound super-strike partnership with Carlos Tevez? The ball is firmly on the pitch of Neymar's club in Brazil, Santos where he has been playing since 2009.

Santos has been desperately trying to hold on to Neymar and slapped a 30-million-pound price tag on the teenager's head. However, Chelsea FC has announced that it is prepared to match the asking price. With talk of Carlos Tevez heading to London as well, could this be the start of a super strike force composed by the two Latin American wizards with Nicolas Anelka, Didier Drogba and Daniel Sturridge on the bench?

Another player interesting Stamford Bridge is Everton midfield player Jack Rodwell, a clear sign that the Russian billionaire has seen that he has to renew the squad if Chelsea are to win the Premiership or make a serious effort in Europe. Missing is still a manager after the sacking of Carlo Ancelotti. Since Ambamovich bought the London club for 140 million pounds in the 2003-2004 season, there have been 6 managers (Claudio Ranieri, José Mourinho, Avram Grant, Luis Felipe Scolari, Guus Hiddink and Carlo Ancelotti)...6 managers in 8 years!