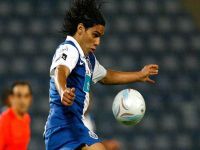 FC Porto beat fellow Portuguese club SC Braga in the final of the Europa League in Dublin tonight by 1 goal to 0. This is FC Porto's second victory in the competition and heralds another excellent period in the history of the club, so ably managed by President Jorge Nuno Pinto da Costa since 1982, being his fifty-first title.

This year, apart from winning the Portuguese championship, Portuguese Super Cup and the Europa League, FC Porto is also in the final of the Portuguese Cup. Tonight's historic final saw FC Porto coach André Villas-Boas pitted against his idol as a boy, the former FC Porto striker Domingos Paciência, now coach of SC Braga, a neighbour of FC Porto in the north-western corner of Portugal. 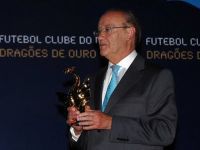 Domingos Paciência leaves SC Braga at the end of the season to take over at SC Portugal, known as Sporting, in Lisbon (however, the term "Sporting Lisbon" sometimes used by UEFA is wrong - the name is Sporting Clube de Portugal), a larger club with greater resources. Nevertheless, he has taken Braga to new heights.

Previously, the club won the Intertoto Cup in 2008-2009, the Portuguese Cup in 1965-1966 and under Domingos, came second in the Portuguese championship in 2009-2010, reaching its first-ever presence in the Champions League, finishing in fourth place this season. Domingos Paciência, 42, is a name to watch out for in the future. His first post as full coach was at União de Leiria (2006-2007) where he finished in seventh place. His next post from 2007-2009 was at Académica de Coimbra, a club which these days spends its season fighting against relegation, saving the club from relegation in his first year and managing its best classification in decades in 2008-2009, seventh, whereupon he took over at Sporting Clube de Braga.

FC Porto entered the tunnel one goal ahead, scored by Falcao (header) on 44', receiving in the best way a wonderful cross from the right by Fredy Guarin. It was Falcao's seventeenth goal of the season in the Europa League. It turned out to be the only goal of the game, Helton celebrating his 33rd birthday in style denying SC Braga's Mossoró immediately after the break. 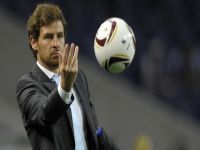 At the end of the game, Braga had had its chances - 3 on target against FC Porto's 1. Porto, however, had 6 off target against Braga's 2 and 7 corners against 3.