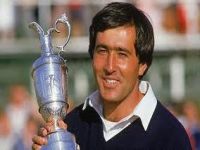 Severiano Ballesteros may have left us physically but he is certainly not dead. The Spanish golf genius brought his beloved game of golf up to new levels, reaching ever more segments of society, giving what had been an elusive sport a popular touch, blessed by his genius. The eternal Seve.

The funeral of Severiano Ballesteros Sota was today, May 11 2011. He was born in Cantabria, Spain, in the village of Pedreña, in April 1957, to a family not totally disassociated with golf. Three of his four brothers (one died in childbirth) became professional golfers, like his maternal uncle, Ramón Sota. Severiano spent much of his childhood practising shots in the fields and on the beaches around his village, and so dedicated was he that he became a professional at the age of sixteen in 1974.

Seve Ballesteros was always special and this was already evident when at eighteen years of age he burst onto the world golf stage in 1976, gaining second place at the Open Championship at the Royal Birkdale Golf Club.

The ensuing years made history for Seve, for Spanish golf and for the sport itself. His amazing shots, characterised by a totally new approach to the game, adapting the body to the shot, instead of adopting classical and conservative stances which failed totally under certain conditions, freed the shot, liberalised the sport, made for free thinking, giving a stuffy sport a new lease of excitement and paving the way for a popularisation of golf.

Today, you do not have to be upper middle-class and rich to be able to rent a set of clubs and have a good time on a nine- or eighteen-hole course and this modern approach to what had been an elitist sport is due to a large extent to Severiano Ballesteros and his genius.

This genius saw him win the European Tour Order of Merit six times, the Open three times (1979, 1984, 1988), the Master's twice (1980 and 1983), the 1980 win galvanising European golf and golfers after years and years of domination by the Americans, witnessed by his contributions to the Ryder Cup team in the 80s to the 90s: winning in 1985, retaining it in 1987 and 1989, regaining it in 1995, and captaining the Europeans in 1997 at Valderrama club in Sotogrande, the first Ryder Cup event held in continental Europe.

This meant that golf finally broke out of the US-UK constraints and this globalization of golf, and its popularisation, was reinforced by his sponsoring of the Seve Trophy (started in 2000), staged between a UK/Ireland team and one from the European Continent.

The annals of golf history are full of Seve's victories on the course but the greatest was that his contribution to the game makes golf what it is today. His contribution to his beloved sport outlives the man. Seve is golf, golf is Seve.