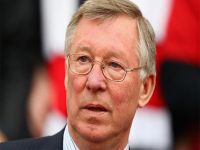 Chelsea FC's win this weekend places enormous pressure on Manchester United, three points ahead with a game in hand - and one of these against Chelsea's London rivals, Arsenal. The English Premiership is set to go to the wire. What are the deals under way for this Summer?

Manchester United leads the Premiership with 73 points from 34 games; Chelsea is now second three points behind with one game more and Arsenal third on 34 games and 64 points, having squandered many points in the run-in to the end of the season.

Cesc Fabregas is a possible exit from Arsenal this summer, after criticising Arsene Wenger for relying too much on youth and not winning anything. His return to Barcelona is almost certain.