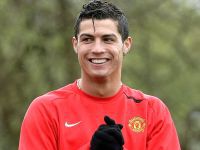 Real Madrid won at White Hart Lane (home of Tottenham Hotspur FC) with a goal from Cristiano Ronaldo, making it 5-0 on aggregate, while German side Schalke made Inter face another miserable night, winning 2-1 and 7-3 on aggregate. Real Madrid, Schalke, Manchester United and Barcelona are in the last four.

Tottenham had a balanced game and ten shots, 3 on target, against Real's 5 (4 on). Real Madrid's 5-0 drubbing of Tottenham over two legs shows Harry Redknapp how much he has to do to go where he wants to.

Inter had more of the game - 15 shots to 6, 60% of ball possession to 40% but then again had to come back from an impossible first leg score. As we said last week, today's matches were cosmetic.

Manchester United went into the interval a goal ahead. John O'Shea found Ryan Giggs on the right, and the in-form Welsh international made his first assist to Javier Hernández who had only to turn the ball in at the far post. Chelsea levelled after 77', Didier Drogba drilling Michael Essien's pass under Van der Sar. Within a mjinute, United was 2-1 up - Giggs again providing the pass after receiving from Wayne Rooney - and  Park Ji-Sung shot past Petr Čech.

Shakhtar had 10 shots, five on target, against Barça's 14 and the Spanish side's possession (62% to 38%) spelt their control of the game and the tie. The aggregate score speaks for itself.