Volodimir Klitschko: I will knock out Haye

Boxing: The fight is on - Volodimir Klitscko and David Haye will fight each other in the heavyweight category on June 25 or July 2. The Ukrainian vows to toy with the Briton before sending him crashing to the mat, KO, in the twelfth round. 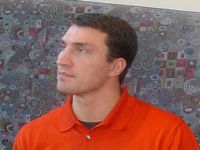 Of the four world boxing heavyweight titles, the Klitschko brothers retain three of them, Hay one. Volodimir Klitschko, 34, has the IBF and WBO titles, his brother Vitali (39) has the WBC title (which he defended against the Cuban Odlanier Solis last weekend) and David Haye, 30 has the WBA belt.

The fight between Haye and Volodimir Klitschko will be a unification bout - the winner takes the titles. Klitschko is relishing the chance to add another belt to his tally. In declarations to the British BBC Radio 5, he declared that "I will definitely enjoy the fight for 12 rounds. Eventually, in the 12th round, I will knock him out".

"David Haye thinks that Vitali is the toughest one. That's why he's taking on the younger brother - because he's not that tough. That's why he chose me," he stated. "You know what? I'm so scared of David Haye. He says he's going to take out my jab; so, I will really feed him with the jab - jab jab grab, jab jab grab, grab, and eventually the right missile is going to land on his chin or his temple or whatever it is. So I'm sorry guys, but David Haye will get knocked out".