Europa League: In the last 16, Russian team CSKA Moskva will meet the Portuguese FC Porto after the Moscow team eliminated PAOK FC (Greece) by 2-1, while Porto eliminated Sevilla (Spain) on away goals, winning the first leg away 2-1 and losing at home 0-1. 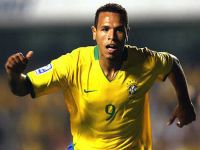 CSKA's continuation in the Europa League was sealed on February 22 with a home draw against Greek team PAOK. Vagner Love took the penalty - it was saved but Ignashevich stepped in to fire home on the rebound. FC Porto showed far more attacking play than Sevilla but could not finish, the honours in tonight's game going to former FC Porto forward, the Brazilian Luis Fabiano. However, FC Porto goes through on the away goals rule, having scored two in last week's victory 2-1 away in Spain.

The remaining games in the last 32 will be played on Thursday February 24.

The last two matches in the first legs of the Last 16 in the Champions League were played tonight, the results being a 0-0 draw between Marseille and Manchester United, and a precious 1-0 away win for Bayern Munich in Italy against Internazionale, a 90' goal by Gomez sealing the result.

The previous results from the other games were: