The Dutch former player and manager of  Chelsea, Newcastle United and Feyenoord has been given an 18-month contract to manage Russian premier League team Terek Grozny of Chechnya, with the target of a top-eight position by mid-season. 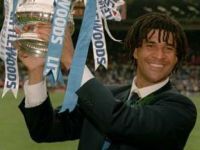 Ruud Gullit was not the first choice for the job. This was turned down in recent days by the legendary Russian coach of Spartak Moscow in the 1990s (1989-2001), Oleg Romantsev and Spanish coach Victor Munoz.

Ruud Gullit has managed Chelsea FC (1996-1998, player-manager), Newcastle United (1998-1999), Feyenoord (2004-2005) and LA Galaxy (2007-2008). Among many problems due to conflicts with players, Gullit took Chelsea to an FA Cup victory in 1997, becoming the first non-British manager to win a major trophy in England and took Chelsea to sixth place in the Premiership. He also guided Newcastle United to an FA Cup final appearance.

At Terek Grozny, club President Ramzan Kadyrov, also President of Chechnya, has already given Gullit his target, namely a top-eight place by mid-season. Terek finished twelfth in the Russian Premier League last season. The first game will be against Saint Petersburg on March 10.

This season the Russian League will be different, as it prepares for a Winter season more in line with European football. After the initial 30 games, the top 8 teams will split off to have a series of play-offs to define positions for the UEFA competitions and the final league placing.